Ukrainian scientists have conducted a number of continuous research in Antarctica 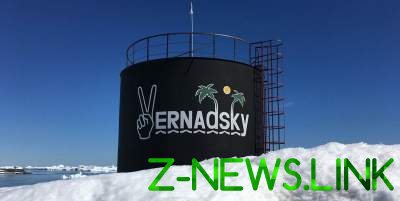 Within two months at the polar station, the scientists conducted a series of continuous research, gathering data about climate change.

As the press service of the Ministry of education of Ukraine, on April 25 arrived 26 participants-“seasonal workers” of the expedition. They studied climate change at the station “Akademik Vernadsky”.

For the first time in 20 years a group of scientists in such quantity spent collecting meteorological data at the polar station. Participants were divided into two camp, where the first task was to get some samples, which will now study in Ukraine. Biologists from the first team collected data on terrestrial plants Antarktidy and check the penguins of local territories. Such studies will allow us to get the latest information about climate change in the polar zone. Also introduced was the marine monitoring, which will help to study the processes of “flowering” of the ocean and features its pollution. Other scientists of the first subgroup studied glaciers and rocks.

A second team of researchers took on the mission of the station upgrade. Engineers conducted large-scale renovations and, as noted in the Department, it has been allocated 35 million UAH. Such large-scale works are carried out for the first time since the transfer of the station to Ukraine. “Next year for us is symbolic, as is the 200-year anniversary of the discovery of Antarctica. And our goal is that by 2020 the station “Vernadsky” has been totally renovated to meet international standards in order to compete with other stations in the work of researchers from different countries of the world and tourists” – said the Minister of education Lilia Grinevich.

In the future it is planned to create 3-D tour of the new renovated station, and after reconstruction the next ten years, scientists could study without interrupting work for repairs.