Ukrainian scientist told the details of torture by militants 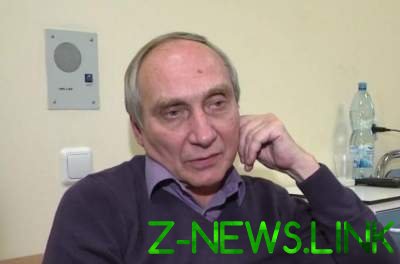 Former hostage, Ukrainian scientist Igor Kozlovsky said that during the torture, the terrorists shouted to him that they are “Russian world”.

“It was horrible, arbitrariness and fantasy,” – said Kozlovsky. He added that the terrorists were first kept him in the basement.

“When I was tortured by those (when I was with a bag on his head) they’re screaming that they are “Russian world”. And this is such a myth that they invented and no one knows what it is. The spying was only hints. They (militants – ed.) a small fancy – beatings, electric shock, hung”, – said Kozlovsky.

He said the militants threatened to torture his son in the eyes during the arrest in the apartment of Donetsk.

“We have a society to speak there (ORDA – ed.). How to do it – I need to reach out to everyone that they heard you. And to hear, to say, including their language and find common ground, without which it is impossible to move forward,” he said.

Kozlovskiy added that he continued to read Ukrainian magazines in prison, which he handed relatives.

He said that in the temporarily occupied Donbas people now almost live.

“People have no work. And military service is where you can make money. Been there done that specifically,” he said.

According to him, in ORDA there are many Ukrainian patriots. “A lot of people are Pro-Ukrainian lives, watching them. Write these denunciations also snitching is”, – said Kozlovsky.