Home / Society / Ukrainian schoolchildren will ensure safety on the roads

Ukrainian schoolchildren will ensure safety on the roads 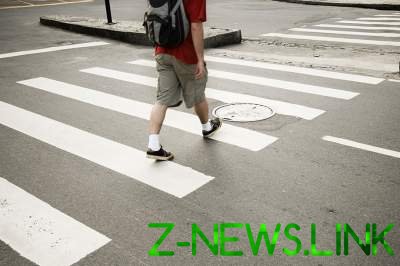 The students will distribute the reflective elements.

In Ukraine started action for road safety for school children “Be visible! Safety first!”. This was announced by the Deputy Minister of internal Affairs Tatyana Kovalchuk.

The action was launched, the Ministry of internal Affairs, together with Netpolice and the Consultative EU mission.

In the framework of the campaign the pupils of 200 schools will distribute the reflective elements.

She noted that road safety should be the main for students, with the beginning of the academic year you begin to move independently around the city.

According to her, today, law enforcement authorities in the framework of the campaign will tell the disciples about the flickers, flitered and their use. The project will work in Kyiv, Ivano-Frankivsk, Lviv, Ternopil, Cherkasy, Kharkiv and Chernivtsi.

Funding share of the Advisory mission of the EU to reform the civilian security sector of Ukraine.

Senior Advisor to the mission on issues of interaction with the public William Breim stressed the need for implementation of the Strategy road safety to 2020.

“We plan to develop it and to continue for five more regions of Ukraine. Thus, by the end of the year we will cover 10 areas and each school will know their school police officer and will have the opportunity for any points to address, to cooperate and establish friendly relations”, – said Biloshitsky.