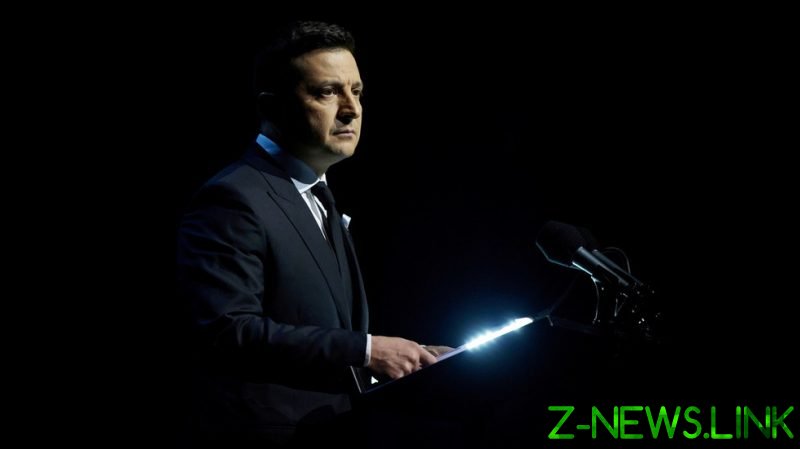 Speaking as part of a marathon press conference in Kiev on Friday, Zelensky told journalists that officials have “received information that a coup d’état will take place in our country on December 1-2. We have audio recordings in which representatives of Russia and Rinat Akhmetov discuss the coup.”

According to Zelensky, billions of dollars are being spent by Akhmetov, the owner of Shaktar Donetsk football club and recently a leading critic of the government, as part of a regime-change bid. Zelensky, however, said that he doesn’t believe the entrepreneur, who has an estimated net worth of more than $7 billion, will take part in the coup himself.

Pledging action over the purported plot, Zelensky warned that “you can’t fight against your people and the president who was elected by the citizens of Ukraine.” He went on to allege that internal threats within the country are now far more pressing than the risk of a major military conflict with Russia.

Speaking to reporters later on Friday, Kremlin Press Secretary Dmitry Peskov categorically denied Moscow’s involvement in the alleged plot. “Russia has never been involved in any way in such a case.”

Zelensky has come under fire from a number of international observers in recent months amid a crackdown on media outlets critical of his government and on opposition politicians.

Earlier this year, Viktor Medvedchuk, the leader of the largest opposition party in the country’s parliament, was detained on charges of high treason. While details of the allegations have not been made public, they are believed to relate to business interests in Crimea. Medvedchuk insists the prosecution is politically motivated and accuses Zelensky of trying to create a “dictatorship.”

In September, Ukraine’s national parliament voted through a sweeping new law designed to prevent “oligarchs” from influencing public life. Critics say that the designations can be applied arbitrarily to silence opposition figures, while wealthy backers of the government remain unaffected.