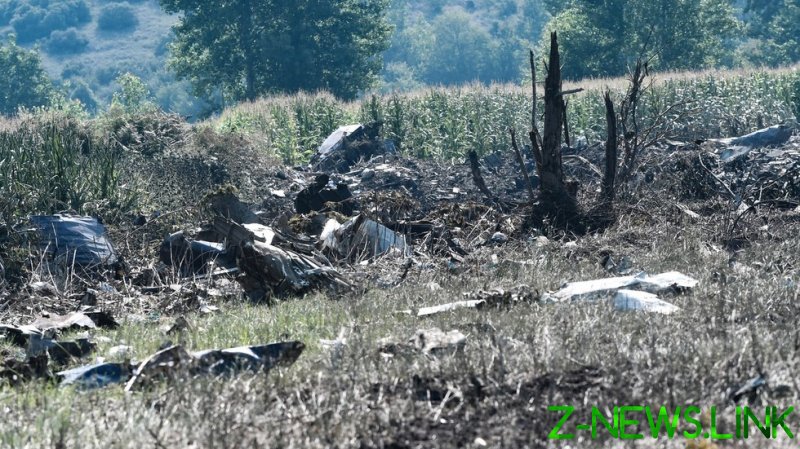 A Ukrainian cargo plane loaded with 11.5 tons of Serbian-made munitions crashed in Kavala in northern Greece en route to Bangladesh on Sunday, Serbian authorities have confirmed.

The Antonov An-12 plane, operated by Ukrainian airline Meridian, had reported engine trouble and requested an emergency landing not long before witnesses say it exploded in a corn field outside the city at around midnight local time.

The plane took off from Nis Airport in Serbia around 8:40pm local time. Greek media confirmed that aviation authorities had lost the aircraft’s signal shortly after the pilot requested to make an emergency landing at Kavala Airport, citing an engine problem.

Meridian General Director Denys Bogdanovych dismissed speculation that the weapons had been destined for either side of the conflict in Ukraine, telling Reuters that “this is not related to Ukraine or Russia.” The cargo was owned by Serbian arms trader Valir, according to Defense Minister Nebojsa Stefanovic. The airline and Serbian officials confirmed all eight members of the crew died in the accident.

READ MORE: Serbia says it will not be ‘NATO foot soldier’

A Jordanian source denied earlier rumors that the plane had been headed for that country, explaining to state media that it was merely set to refuel there. Stefanovic added that the plane was also scheduled to stop in Riyadh and Ahmedabad before reaching its final destination in Dhaka.

Those living within a 2km (1.2 mile) radius of the crash site were told to stay inside due to risk from potentially toxic cargo. While search teams and emergency vehicles were deployed to the location, they were not immediately permitted to approach the wreck.