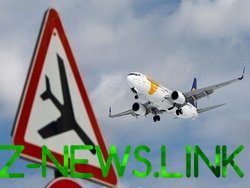 Combat pilots of aircraft of Armed forces of Ukraine (AFU) protested the decision of the judge of the Melitopol city district court of Yulia Gorbacheva, who did not recognize the result of the aggression of Russia the death of the commander of the aircraft Il-76 Alexander White, shot down at Lugansk in June 2014. This is stated in the message of the command of the Air forces of Ukraine in Facebook.

The pilots called the decision shameful Gorbacheva at the suit of the widow of the deceased officer. “The question is: how, after making such judgments, military pilots and other soldiers can perform combat tasks in the area of operations of the United forces?” — says the publication.

They called upon the courts to make informed decisions and to remember the people who gave their lives for Ukraine’s future.

Il-76 of the Ukrainian air force was shot down in June 2014 at landing approach at the airport of Lugansk. Killing 40 paratroopers and nine crew members. The Prosecutor’s office qualified the incident as a terrorist attack. The responsibility for what happened took on the self-proclaimed representatives of the Luhansk national Republic (LNR). However, the militias accused the military that they violated the established leadership of the LC ban on flights in the region.