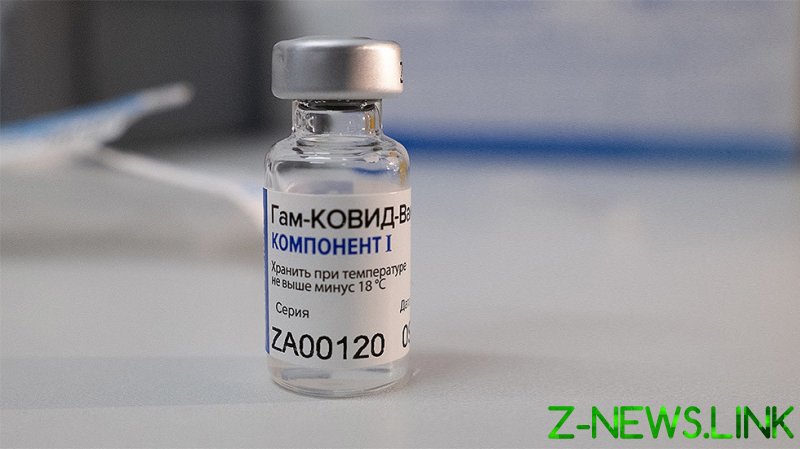 That’s according to Viktor Medvedchuk, the chairman of Opposition Platform – For Life, a Moscow-leaning political party in Ukraine and the country’s most popular opposition group. Writing on its website, Medvedchuk announced that the company Biolik had officially asked for permission from the government to make the vaccine, noting that they have both “sufficient production capacity” and “qualified personnel” to do the job.

The politician noted that, if permission is granted, it would take a couple of weeks to transfer the technology and biological information to Ukraine, and then three to six months to begin making jabs. In his opinion, this would give Ukraine a “unique opportunity” to independently produce a vaccine without relying on imports.

“If the authorities refuse or obstruct the legal procedure for registering Sputnik V in Ukraine, this will indicate their criminal intent to deprive Ukrainian citizens of the right to receive medical protection against the coronavirus – the plague of the 21st century,” he wrote.

Last month, President Volodymyr Zelensky revealed his frustration at Washington for imposing a coronavirus vaccine export ban, meaning that Kiev won’t be able to receive a US-produced jab until all Americans have been inoculated. Speaking to the New York Times, he noted that it is “impossible to explain to Ukrainian society” why the authorities would refuse Russian vaccines while the West refuses to provide them.

Sputnik V has already been rolled out in Russia, with around 700,000 doses currently in civilian circulation as of December 28. Following its registration in August, many capitals around the world expressed interest in receiving doses, but neighboring Kiev was not one of them. Nevertheless, in December, jab developers revealed that they would be open to producing the vaccine in Ukraine, with Russian Direct Investment Fund (RDIF) boss Kirill Dmitriev noting that logistical costs would be cut if it was made inside the country.

The ruling Ukrainian authorities have repeatedly warned that they will not buy the Russian vaccine, even though they also admit Kiev is having difficulty obtaining Western-made alternatives. On December 29, Ukrainian Foreign Minister Dmitry Kuleba called Sputnik V “a weapon of hybrid warfare.”

President Zelensky has also noted that the country would prefer to get hold of a US- or EU-produced equivalent.

Last week, Zelensky signed a contract with China to receive 1.9 million doses of their Sinovac Biotech formula, for 504 Ukrainian hryvnias ($18) each.