Ukrainian Petryak with grandiose scandal has changed the club in Hungary 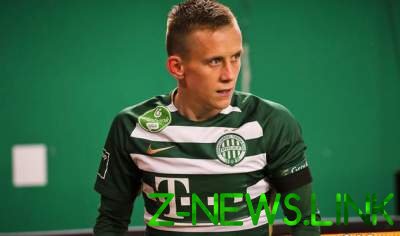 Petryak in the 2018-2019 season on loan in the “Ferencvaros” under the leadership of the Ukrainian coach Serhiy Rebrov became the champion of Hungary. Footballer of Shakhtar made a huge contribution in the 30th title of “Ferencvaros”, scored 17 points (6+11) according to goal+assist system in 28 Premier League matches.

“Ferencvaros” tried to negotiate with Shakhtar to purchase contract Petryak. Authoritative Ukrainian commentator Viktor Vatske reports that Rebrov personally went to a meeting with Director General of “miners” Sergei Palkin. The parties agreed the transfer but the player of “ferencváros” a full-Petryak did not become.

The struggle for the Petryak has won the Vice-champion of Hungary and the richest club in the country “they SAY-ViDi”. In “Ferencvaros” claim that the Ukrainian chose a competitor solely for financial reasons.

“The player and the Manager said openly, “they SAY-ViDi” offered him more than the salary. We also learned that the proposal Petryak was just before the full-time match clubs. We negotiated for a long time, but Petryak sounded awful with the amount we wanted and could not pay,” – said General Director of “ferencváros” Daniel Oros Red.

Head coach of “ferencváros” Serhiy Rebrov has suspended Ivan Petryak from the final matches of the season, and his 34-th issue in the locker room of the team crossed.