Ukrainian officials were outraged by the scandalous statement at Rostv. Video 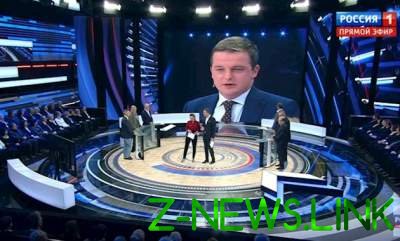 After the scandalous statements Belov was dismissed from the mayor of Ochakovo.

Vice-mayor of Ochakovo of the Nikolaev area Gordey Belov was fired after appearing in the program “60 minutes” on the Russian propaganda channel “Russia 1”. The decision the Council made on Friday, October 27.

However, as noted in the local media citing the mayor’s office, the dismissal has nothing to do with live on Russian TV. The question of dismissal Belova hung in the air for a few months.

One moment the air is still caused outrage among users of the network.

So, during the discussion he was asked the question: “Bandera – hero?”

Belov did not give a definite answer, stressing that for him the hero who will stop the war with Russia.

Earlier, the historian and journalist Oleksandr Zinchenko said that the Polish side is excessively exaggerating the role of the personality of Stepan Bandera in the Ukrainian society, saying that “Ukraine with Bandera in Europe will not enter in.”