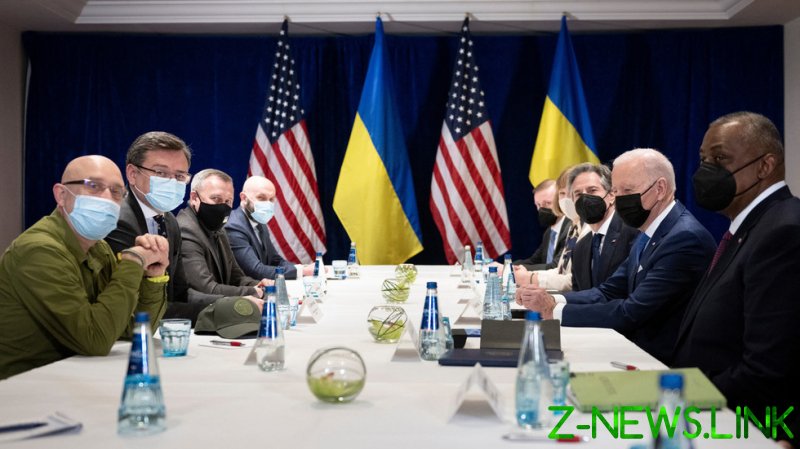 Speaking afterwards to journalists, Kuleba said his country had received “additional promises from the United States on how our defense co-operation will evolve.” The official also revealed that Kiev and Washington had agreed on possible ways to put pressure on European Union states to press them to impose more sanctions on Russia.

A statement published by the White House said President Biden had updated the two Ukrainian ministers on “US efforts to rally the world in support of Ukraine’s fight against Russian aggression,” as well as its “ongoing actions to hold President Putin accountable.” Those actions were being taken “in coordination with our allies and partners,” the readout noted, “including through the new sanctions announced by the president in Brussels on March 24.”

The talks in Poland marked the first face-to-face meeting between Biden and leading Ukrainian officials since the launch of Russia’s offensive on February 24.

Saturday is the last day of Biden’s European tour aimed at encouraging NATO unity in the face of the Ukraine conflict. According to media reports, the meeting between the politicians lasted roughly 30 minutes.

The encounter came hours after Andriy Yermak, a senior aide to the Ukrainian president, lamented the apparent lack of support on the part of NATO. In an interview with the arms contractor-funded Atlantic Council lobby group, he accused the alliance of “taking decisions as if there [were] no war.”

On Friday, Russia’s military released a statement claiming the first stage of Moscow’s military campaign in Ukraine had been successfully completed, and that the offensive was going to plan.