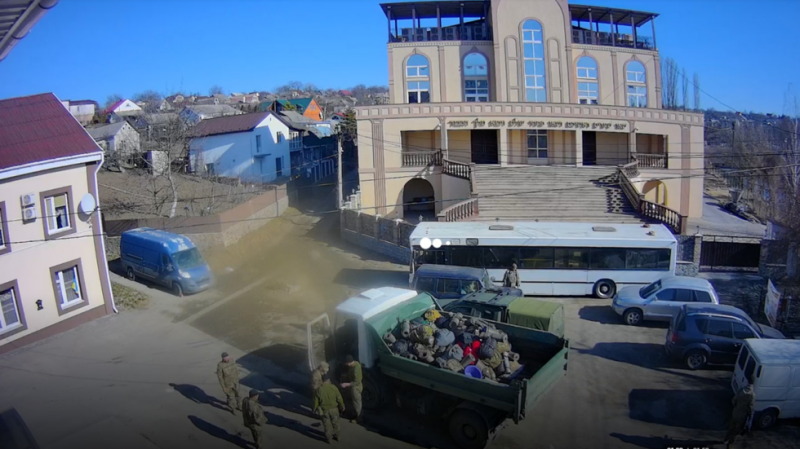 Russia said on Wednesday that Ukrainian fighters were using a synagogue to secretly store weapons and ammunition. Kiev has repeatedly accused Moscow of striking civilian targets, while Russia says it is only hitting sites used by the military.

He presented a set of images he said was evidence of “nationalists” using a synagogue in the city of Uman, in central Ukraine, “for military purposes.”

The spokesman added that Ukrainians planned to use Jewish religious groups to exert pressure on Russia if the synagogue in question had been destroyed.

Ukrainian President Volodymyr Zelensky mentioned the shelling of the city by Russia in his address to Israel’s parliament, the Knesset, on March 20. Tens of thousands of Jews gather in Uman every year for a pilgrimage to a tomb of a local religious leader.

The images, according to Konashenkov, were dated March 21 and provided by “a member of Uman’s Jewish community.” They appear to be stills from a CCTV video and show a group of men in fatigues gathering around a truck and two buses parked outside a building, which Konashenkov identified as a synagogue.

The truck is loaded with backpacks and objects similar to rolled up cushion foams. Two men cover them up with a bedsheet and a pair of blankets. The men in military-style clothes stand near a white bus with a warning sign on its windshield, which says “Children.” 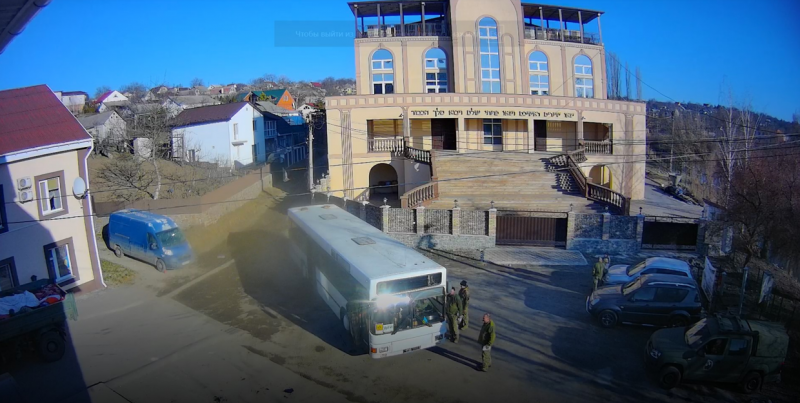 Another set of images, purportedly made at the same location, shows men in helmets and body armor outside a red bus. Some carry large bags and at least two men carry what resembles rifles.

Konashenkov said the men belonged to “the two columns of nationalists that were formed on the territory of the synagogue.” 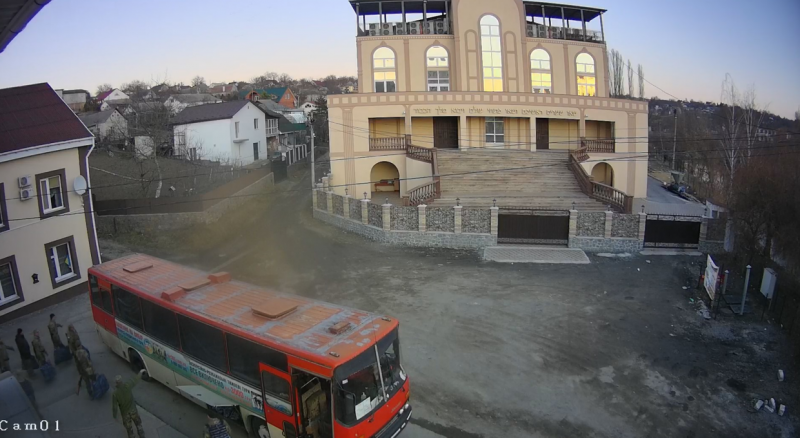 The images do not show any of the men entering or leaving the building. Konashenkov, however, claimed that “weapons and ammunition, which were stored inside the synagogue, were first loaded by nationalists onto trucks and later disguised as bags full of construction waste.”

Ukraine has so far not commented on the allegations, but Kiev repeatedly accused Russian troops of destroying civilian buildings, including apartment complexes, hospitals and schools. Police and city officials reported that several missiles landed in Uman last month, killing one person. 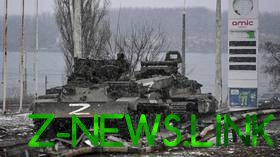 Moscow attacked the neighboring country in late February, following Ukraine’s failure to implement the terms of the Minsk agreements signed in 2014, and Russia’s eventual recognition of the Donbass republics in Donetsk and Lugansk. The German and French brokered protocols had been designed to regularize the status of those regions within the Ukrainian state.

Russia has now demanded that Ukraine officially declare itself a neutral country that will never join the US-led NATO military bloc. Kiev insists the Russian offensive was completely unprovoked and has denied claims it was planning to retake the Donbass by force.