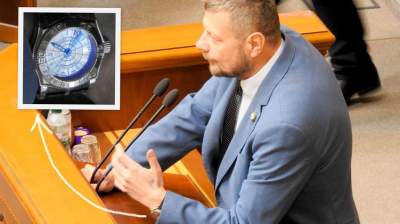 Journalists have told about the new deputies.

Photographers “Countries” also had to consider new clothes and fashion accessories of the deputies.

MP from the Radical party Igor Mosiychuk finally lit his expensive watch. Usually he comes to the Parliament any budget accessories, and then during his speech from the podium – we managed to fix a model of a Swiss watch. 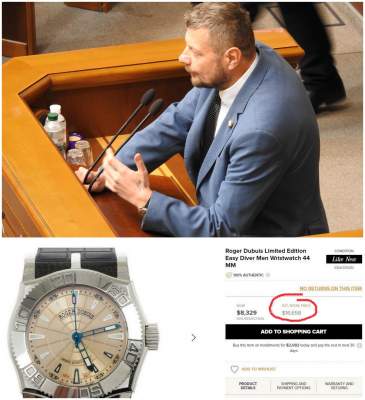 Now they are only sold used and at a discount. Second-hand can be ordered in the online shop for $8329. The seller claims that they are “like new”.

Accessory created for lovers of water sports, their water resistance is 300 metres away. The dial is made of gold, and on the strap clasp from the same precious metal.

Note that this watch is a Declaration of the Chairman over the past year, as he is obliged to declare things whose value exceeds 100 times the subsistence minimum on 1 January of the reporting year (in 2016 1378 UAH).

The wife of the attorney-General Irina Lutsenko does not cease to come to the Parliament with designer accessories. Recall that she has a big collection of handbags brands. 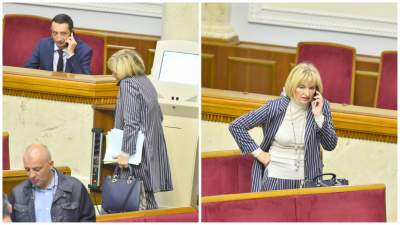 Model totes Diorissimo from fashion house Dior, which we saw Irina Lutsenko, first released in 2012. Took the famous Lady Dior handbag, but increased in size and made of soft leather.

The MP Lutsenko from BPP bag combo colors – blue with patches of alligator leather. However, the color palette of these bags are limitless. Today the price of the accessory – $2980 or almost 80 000 UAH.

Oleksandra Kuzhel from the “Batkivschyna” appeared in the beads from Chanel. It is the thread of black pearls with beads and a logo of the brand. 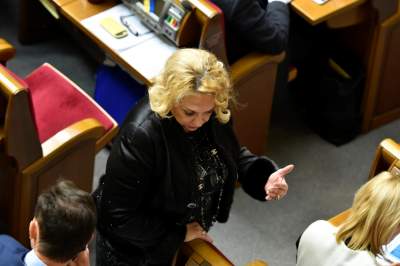 The decoration of the Japanese pearls is worth about $1650 or 44 220 thousand UAH. These ornaments are difficult to find on sale, because it is from the vintage collection.

By the way, the same necklace, only made of white pearls is the leader of “Batkivshchyna” Yulia Tymoshenko.

Savchenko in clothes from the Ukrainian manufacturers

Non-faction MP Nadia Savchenko is always trying to stand out among the MPs. Take for example the khaki suit, in which she came to Parliament. 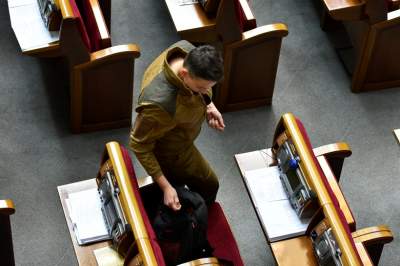 We already wrote that the clothes of Ukrainian brand M-Tac (TM “Militarist”) and, as stated on their official website, the pants are 1 184 UAH and jacket – 1 750 UAH.

And here’s your bag of Hope from the Kite brand of the German company Axent Gruppe is 900 hryvnia.