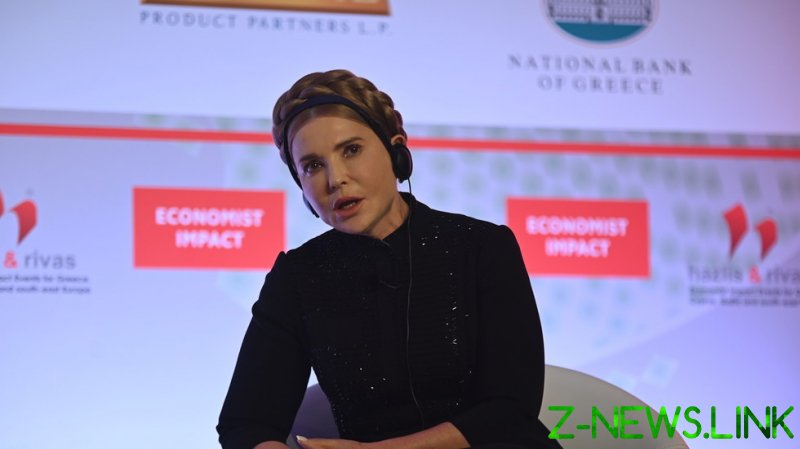 Ukraine’s state-owned Naftogaz gas company is supposedly running a massive embezzlement scheme as it seeks to get billions of dollars from the government for alleged gas purchases even though Ukraine presumably does not need additional gas for the winter, Yulia Timoshenko, an MP and the head of the ‘Fatherland’ party, claimed on Monday.

According to Timoshenko, the lawmakers were about to pass several bills that would grant Naftogaz additional funding for gas purchases ahead of the winter. One of them would grant the company “compensation” from the budget that was worth 150 billion hryvnas ($4.08 billion) to purchase an additional six billion cubic meters of natural gas abroad.

The government planned to use international financial aid provided to Ukraine by Western nations for that “compensation,” Timoshenko’s party wrote in a statement last week. According to Timoshenko herself, Naftogaz also sought to request another 150 billion hryvnas ($4.08 billion) from the budget to increase its authorized share capital and then use the money to buy the gas.

Timoshenko, who also served as Ukraine’s prime minister between 2007 and 2010, also argued that this additional gas purchase for the upcoming winter heating season was not needed at all. According to the MP, Ukraine already produces and stores enough gas for the winter and might even get up to seven billion excessive cubic meters of gas during the upcoming heating season. 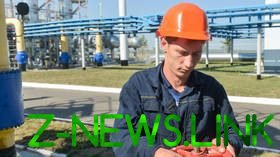 On Monday, Timoshenko claimed that Naftogaz was still planning the “scam of the century” by embezzling up to 264 billion hryvnas ($7.18 billion) and “sending them to offshores.” She also called on the administration of President Volodymyr Zelensky to organize a meeting between his administration officials, MPs, and independent experts, as well as diplomats from the G7 nations to discuss the situation.

“Could the president not be aware? Are you not aware of the ‘scam of the century’ that Naftogaz is currently implementing?” she wondered in her post.

The lawmaker said that the Ukrainian MPs are set to discuss the relevant bills later in July. Last week, her party said it had blocked bills to supposedly prevent embezzlement by Naftogaz. RT could not independently verify Timoshenko’s claims related to the Naftogaz activities. Neither the Ukrainian presidential office nor the company itself have commented on the issue yet.

Earlier on Tuesday, the Ukrainian media reported that Naftogaz creditors had rejected the company’s request for a two-year debt payment freeze. Naftogaz made the proposal earlier this month, citing “significant economic and business decline in Ukraine” caused by the ongoing conflict with Russia.