Home / Video news / Ukrainian military shot down Russian drone in the sky over the Donbas. Video

Ukrainian military shot down Russian drone in the sky over the Donbas. Video 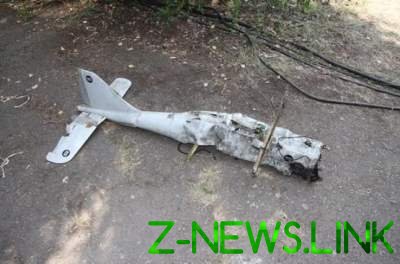 Setting the zone of the antiterrorist operation is stabilized, the Russian militants and terrorist groups has reduced fire activity.

On Friday, December 29, terrorists twice violated the “Christmas truce,” shelling of positions of Armed forces of Ukraine in the area of Water and Butovka in the direction of Donetsk from rocket-propelled grenades and small arms. Ukrainian soldiers on the enemy’s provocation did not react and return fire was not opened, reports the press center of staff ATO.

In addition, about 22:00 Thursday air defense systems Air forces of Ukraine in the sky in the Donetsk region was shot down Russian unmanned aerial vehicle “Orlan-10”. Enemy UAV Aero investigation conducted along the route of zaytsevo-code-semigorye.

“This fact is another proof of the gross violations of the Russian occupation troops “Christmas” truce and Minsk agreements. Because the use of unmanned aerial vehicles prohibited”, – said the headquarters of ATO.