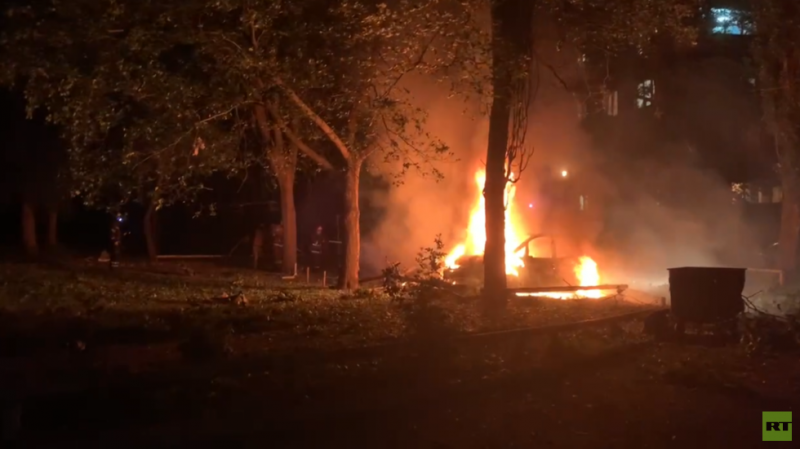 The capital city of the Donetsk People’s Republic (DPR) was subjected to heavy shelling by the Ukrainian military late on Saturday. Multiple districts of Donetsk came under almost simultaneous attack by the Kiev forces, which used howitzers and rocket artillery to target the city.

The city was hit by more than 40 rockets launched from BM-21 Grad systems, as well as by multiple 122mm artillery shells, according to local authorities. Footage from the scene shows the munitions exploding in residential areas of the city.

The attack inflicted damage on residential buildings and power lines, sparking fires and setting multiple cars ablaze, another video shows. At least 5 civilians have been killed in the attack, though with 20 more injured, local authorities said.

The shelling also damaged two schools and a local market, Donetsk Mayor Alexey Kulemzin said. In addition, the attack ruptured a high-pressure gas pipeline in the southwestern part of the city, according to the official.