Ukrainian Maguchy won a stage of the Diamond League 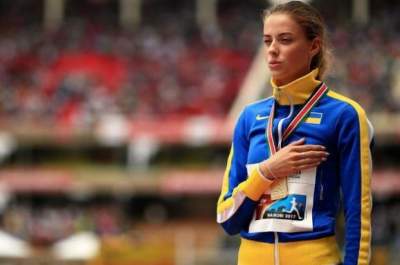 Ukrainian athletes won the first medal in the first race of the season in the Diamond League.

In Doha (Qatar) main heroine is a 17-year-old Yaroslav Maguchy, which in the sector for the high jump jumped to a record in the career of 1.96 meters and became the first champion of the stage of the Diamond League.

Maguchy stopped just one inch from the best result of the season in the world. It is noteworthy that the young Ukrainian woman at the height of 1.88 meters was close to failure, but in a last attempt was going and took the turn.

Success Maguchy in Doha is not accidental. Yaroslav at the end of January at the international competitions in the Czech Republic set a new Junior European record (1.99 m) and tied the world record among juniors.

“I was so surprised that I won, because I am the youngest participant. This is my first time here, I’d be happy to return to Doha at the stage of “Diamond League”, – quotes the words Maguchy the official account of the International Federation of athletics on Twitter.

In Doha the Marina beh-Romanchuk in the sector for the long jump with a score of 6.74 meters only lost to Olympic champion Katrin Ibarguen. Anna Ryzhikova in the race for 400 meters hurdles finished third (54,82).