Home / Video news / Ukrainian journalist spoke sharply about the Crimea and the Donbass in the air growth. Video

Ukrainian journalist spoke sharply about the Crimea and the Donbass in the air growth. Video 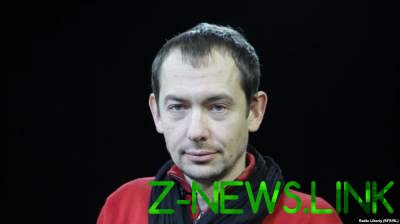 Tsymbalyuk noted the difference between Ukrainians and Russians.

This was told by Ukrainian journalist Roman Tsymbalyuk in the air one of the propaganda broadcasts on the TV channel “Russia 1” – “60 minutes”.

He further noted the difference between Ukrainians and Russians.

“The difference between Russians and Ukrainians that we protect our country, and in this respect there is no choice, and you have to go to us or not to go, there is a choice. So join in the education, medicine and everything else, engage in their country”, – summarized Roman Tsymbalyuk.