Ukrainian journalist abruptly closed the mouth of the Russian artist 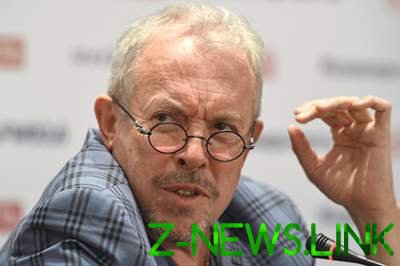 The muzhdabaev Makarevich explained why the party of the “time Machine” can not act in Ukraine.

Ukrainians will never forgive Russia’s annexation of Crimea and war on Donbass, and indifference to citizens of the Russian Federation. And if the representatives of a neighboring state do not understand, entry into the territory of Ukraine is closed. This is referred to in the address of Deputy Director of the First Crimean Tatar TV channel ATR Ayder Muzdybaev to the leader of the rock band “time Machine” Andrei Makarevich.

On his page in Facebook Muzhdabaev published a post where bluntly explained to the Russian musician, why a member of his team Andrey Derzhavin, who supported the occupation of Crimea, cannot act in Ukraine.

“We are not “exhaled.” And “breathe”. Because we, unlike you, took away their homeland, at least — part of it. And we remember it. And do not forgive. Not only the war and annexation, but indifference to them. We are not goldfish and not the serfs who do not remember and do not have the right to be angry. We are here any Russians, except those who whole soul against Putin’s Reich, for the return of Crimea and Donbass, Ukraine, are not required,” wrote Ukrainian journalist.

And if Makarevich and other Russians are not able to share the pain of the Ukrainians, even “stay over there, “Russian world”.

“Let this “Russian world” you will rest in peace, Andrei Vadimovich, let him be to you softer than the Ukrainians, the Crimean Tatars”, – concluded the Deputy Director of ATR. 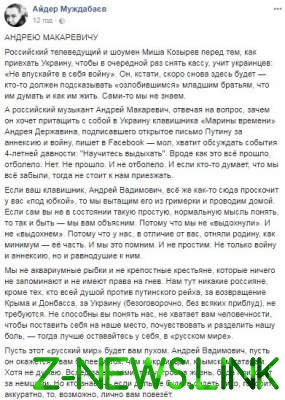 Position Murzabaeva found approval from users of Facebook. Just 12 hours after publishing a post “liked” more than 1,200 people, 140 of which they shared.

Members and friends of the journalist agreed that it is unrealistic to forget the thousands of victims unleashed by Vladimir Putin, war, and “exhale” as said Makarevich, will be possible only when Ukraine will return the occupied territories, and compensate the victims for moral and material damage.

Below is the most vivid comments under the post Murzabaeva. 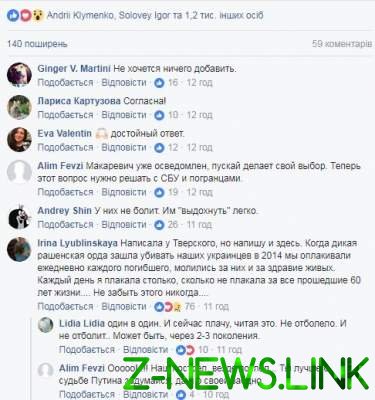 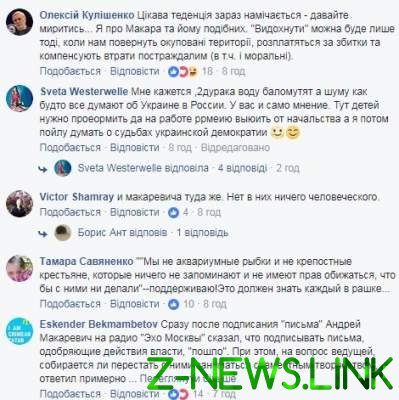 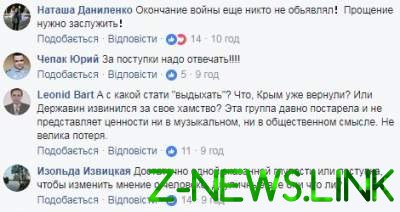 Earlier it was reported that on 28 November, the Russian musician Andrei Makarevich with his band should give a concert in Kiev. In the “time Machine” in Ukraine can come people supporting the policy of the aggressor Putin.