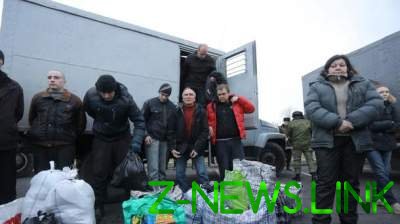 The reason for this was family.

One man refused to go to Kiev-controlled territory in the framework of the prisoner exchange between Ukraine and terrorists, which took place in the Donbas.

This was stated press Secretary of the Prosecutor General Larisa Sargan, citing the words of Deputy attorney General, says Hranicka.info with reference for Today.

As reported, on December 27 in the area of Mayorsk Donetsk region took place 74 the liberation of the Ukrainian hostages from the prisons the Russian occupation gangs.