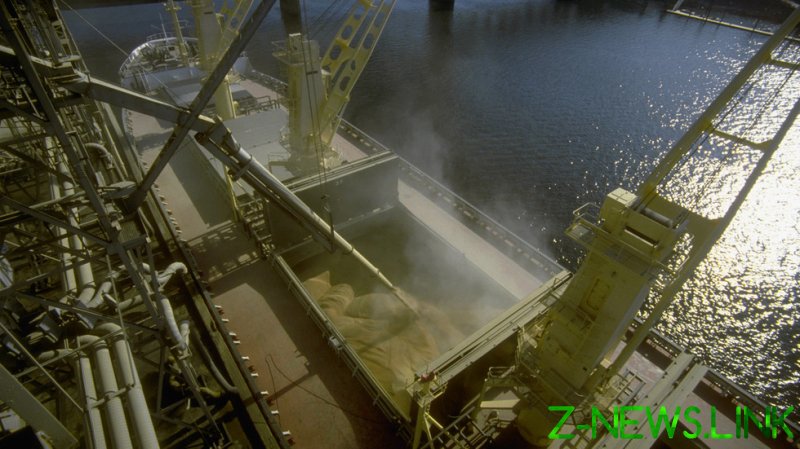 Ukraine and its Western supporters are trying to portray a “minor issue” with Ukrainian grain as a “universal catastrophe,” Russian Foreign Minister Sergey Lavrov said on Wednesday.

Speaking after a meeting with his Turkish counterpart in Ankara, Lavrov said he and Mevlut Cavusoglu paid “much attention” to the problem of Ukrainian grain stuck in Black Sea ports. However, the diplomat noted that “the share of this Ukrainian grain in question is less than 1% of the global production of wheat and other cereals.”

“Therefore, the current situation with Ukrainian grain has nothing to do with the food crisis,” Lavrov concluded.

He thanked Ankara for its willingness to help ensure that “several dozen” foreign ships carrying grain can leave Black Sea ports, where they are now “being used as hostages” by the Ukrainian side.

Ukraine and Western states have repeatedly accused Moscow of impeding grain exports by blocking Ukraine’s Black Sea ports and thus stoking a global food crisis. Russia has rejected such claims, saying it is ready to ensure safe passage for grain-carrying vessels. Moscow insists the disruption stems from Kiev’s own actions and extensive mining of the shoreline by the Ukrainian military. 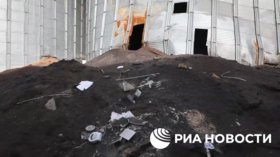 Lavrov noted that over the last two months, Russian forces have announced humanitarian corridors from Ukrainian territorial waters to the Bosporus Strait.

“Until recently, the Ukrainian authorities, including President Zelensky, publicly denied their readiness to clear these territorial waters to start this process. And now, as our Turkish friends tell us, the Ukrainian side is ready to clear the mines or provide secure passage through the minefields.” Lavrov said.

He expressed hope for a speedy resolution of the problem.

“Our military is in touch with our Turkish friends. They are discussing the details of these processes, these initiatives. On our part, there are not and never been any obstacles to solving this issue, which is a minor issue in fact. If the Kiev government is ready, we will be happy to cooperate,” Lavrov said.

He stressed that Russia is prepared “to ensure the safety” of ships departing from Ukrainian ports, working in coordination with Turkey. 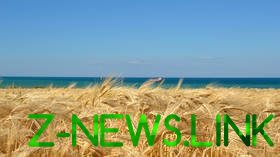 “President Putin publicly said that we guarantee the safety of this kind of route, and we guarantee that if and when Ukraine conducts mine clearance and allows ships to depart from its ports, we will not use this situation in the interests of the ongoing special military operation. These are the guarantees of the President of Russia. We are ready to formalize them one way or another,” Lavrov said.

Cavusoglu, in turn, called on the West to withdraw Russian grain and fertilizer exports from sanctions lists.

“If we need to open up the international market to Ukrainian grain, we see the removal of obstacles standing in the way of Russia’s exports as a legitimate demand,” the Turkish Foreign Minister said.