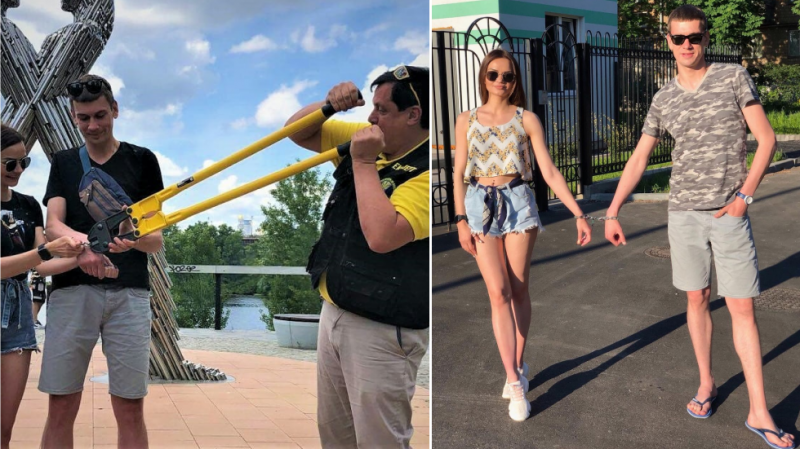 The 123 days of doing everything while attached to each other, including changing clothes and going to the toilet, took a toll on the young couple.

Viktoria Pustovitova and Alexander Kudlay, from the city of Kharkov, had their chain cut on Thursday in Kiev, where they were surrounded by cameras and bombarded with questions from both national and local journalists.

They were also accompanied by a representative from the National Records of Ukraine, Vitaly Zorin, who confirmed that the couple now has the record for the most time handcuffed to another person.

Once cut apart, the two couldn’t wait to go their separate ways, with both Pustovitova and Kudlay visually over the Moon to be free.

During the chain-breaking ceremony, the two revealed that they are now looking to develop independently and away from each other. Pustovitova will even move to a completely different part of the country, it was reported.

Pustovitova noted that she will soon return to a “full life,” hoping that this story will be “a great example for all couples in Ukraine.”

According to Kudlay, they didn’t know each other very well before they committed to being tied up, and they both realized that they have “different views on life.”

“Now we have improved communication, we know each other thoroughly. And common sense suggested that neither Vika nor I needed such a relationship. It will only harm us,” Kudlay said.

Now, the couple plans to put up the broken chain up for auction, and they hope to make 3 million hryvnias ($110,000).

Tags apart couple handcuffed their themselves together ukrainian