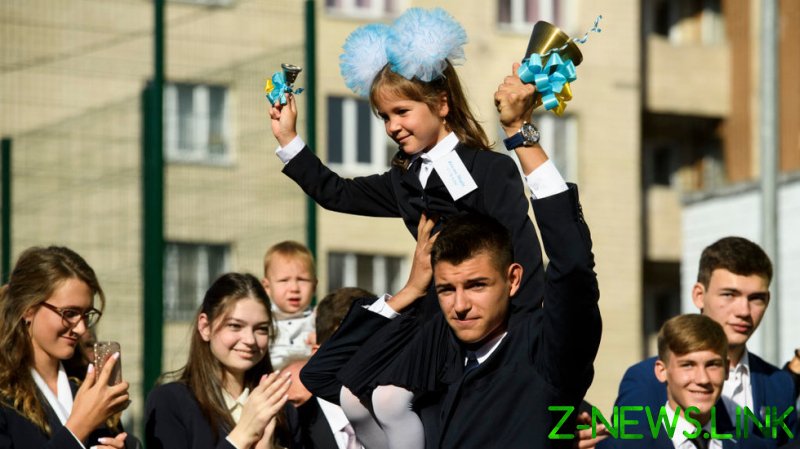 The Russian language will be restricted in the schools of the southern Ukrainian city of Nikolayev, City Council Executive Committee member Ekaterina Stokolias said on Saturday.

“From September 1, no clubs, courses, junior classes or educational designs with the Russian language. Finally! Thank you to all my colleagues!” Stokolias wrote.

She added a drawing depicting a cat holding a heart in the colors of the Ukrainian flag. The captions to the picture are “Language matters” and “Everything matters.”

The announcement in Nikolayev came as Ukrainian Deputy Education and Science Minister Andrey Vitrenko revealed earlier this month that the authorities plan to change the school curriculum in several subjects, including foreign literature, world history and the history of Ukraine. In particular, the world-famous novel ‘War and Peace’ by the Russian writer Leo Tolstoy, which chronicles Napoleon’s invasion of Russia in 1812, will be dropped. 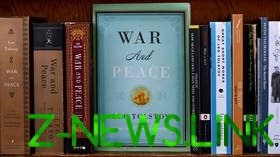 “Such things will not be studied in Ukraine. Everything that glorifies the orc troops will disappear from the program of foreign literature,” Vitrenko explained.

He also said that discussions are underway about whether any Russian writers should remain in the curriculum.

In April, Ukrainian Commissioner for the Protection of the State Language Taras Kremen called for the replacement of the Russian language in those schools where it was still being taught by other subjects, such as, for example, the history of Ukraine, the Ukrainian language, English or math.

Although since the start of Moscow’s military operation the Ukrainian authorities have been stepping up the restrictions on the Russian language, Kiev had banned Russian works of art – and teaching of the language – long before the current conflict. In March 2019, the Ukrainian government prohibited some 40 works of art due to their mention of Russian businesses, artists, social networks, internet portals, the USSR or Soviet political figures. 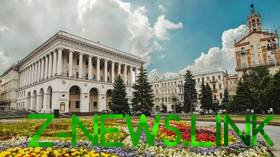 In 2019, a wide-ranging piece of legislation called “On ensuring the functioning of the Ukrainian language as the state language,” championed by then-President Petro Poroshenko, was passed. It officially made Ukrainian the only state language and decreed that it must be the primary language in many fields, including public administration, media, and education. Despite Russian being a common mother tongue in much of Ukraine and predominant in many cities in both the east and south of the country, it was not granted an exception in the law, although many of the provisions have been implemented gradually.