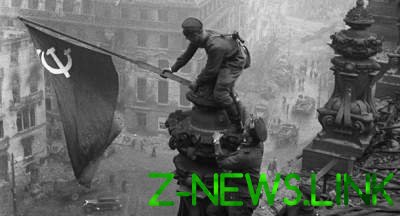 Ukrainian cartoonist Andrei Petrenko ridiculed in his caricature of a game of Russian President Vladimir hockey, which was held on may 10 at the ice Palace in Sochi (Russia).

The corresponding caricature he published on his page in Facebook.

The caricature Putin is depicted with the flag of the USSR. “Putin has scored 10 goals. Thank you grandpa for the victory”, – has signed a caricature artist.

Petrenko, apparently, draws an analogy with the famous photograph of soldiers raising the Soviet flag over the Reichstag in Berlin. 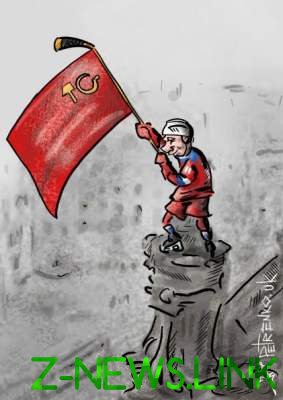