Ukrainian border guards have promised dozens of boats and helicopters 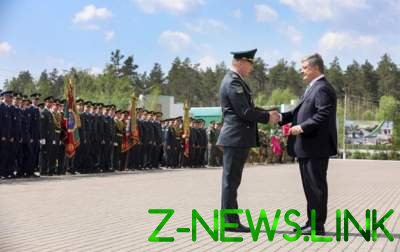 “This year we expect to enter into agreements for the construction of 22 modern ships. These ships will patrol the class and will reliably perform tasks for the protection of the Maritime border, ” said Poroshenko, speaking in the Main centre of personnel training of the gpsu them.major-General I. Mammoth.

Also, according to him, the task for the purchase of helicopters of the French and Ukrainian production. “This next year will be purchased 24 modern light patrol helicopter,” – said the head of state.

Poroshenko stressed that Ukraine surely shape the European face of the border service. “We are confident the person formed European border service, providing it the ability to work effectively under NATO standards”, – said the President.

See also:  Poltorak promised an adequate response to the teaching of the Russian Federation

According to him, Ukraine has implemented 18 international projects that relate to improving border security, training, logistics, medical support, the fight against corruption.