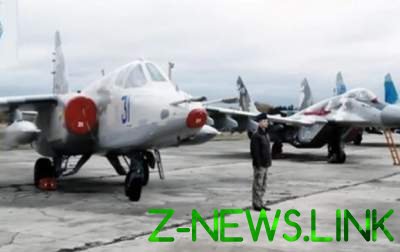 In the Ukrainian factories upgraded three aircraft and four SAM.

Batch of military equipment, which was repaired and upgraded at Ukrainian plants handed over to the Air forces of Ukraine. The Correspondent reports about it.

“Planes, which we got already in the aviation brigade and will soon stand on combat duty in air defense system of the state. Technology has entered the aviation brigade, near Vasilkov, Mirgorod and Nikolaev. In General, aircraft upgrading is not the first year, the state allocates considerable funds. Park upgraded aircraft annually,” – said the chief engineer of the aircraft of Air forces of VS of Ukraine the General-major Peter Skorenko.

See also:  The Russian Embassy in Kiev has real estate operations in the occupied Donbas