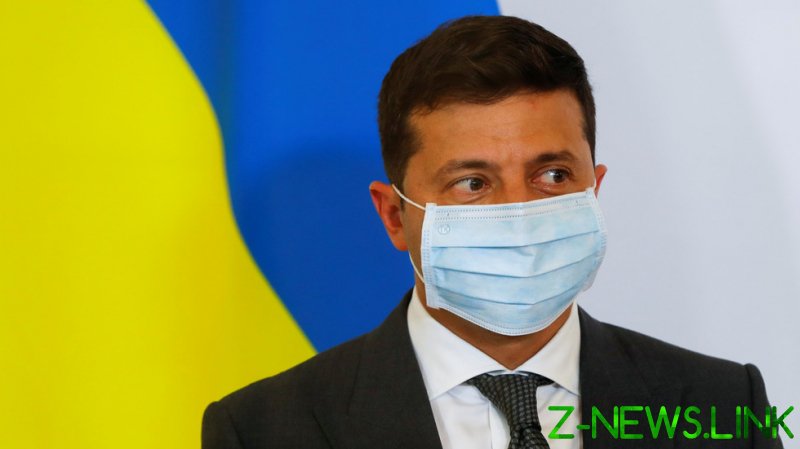 In an interview with the New York Times, Zelensky’s exasperation at Washington was clear, especially given that some form of inoculation against Covid-19 could already have begun in Ukraine if Kiev had chosen to cooperate with Moscow. However, despite the fact that the humanitarian reasons for such a move would have been clear, it would represent a departure from over half a decade of Ukrainian state policy, and would likely be met with fierce resistance from local nationalists.

“Of course, it is impossible to explain to Ukrainian society why, when America and Europe are not giving you vaccines, you shouldn’t take vaccines from Russia,” Zelensky said, noting that information about Russia’s Sputnik V formula is now being shown to his countrymen on TV, “in particular by Ukrainian channels which are supportive of the policy of Russia.”

“I believe that this issue can become another geopolitical blow,” he said, urging both Washington and London to move Ukraine up the priority list.

However, the president denied that rejection of Sputnik V was entirely political, noting that the “Russian vaccine that has not passed all the tests” and there is “no real evidence that this vaccine has a 100% positive effect,” a statement which, of course, could apply to any of the vaccines developed this year.

Ukraine’s prospects for receiving help quickly got worse after US President Donald Trump banned the export of vaccines, meaning that Kiev will have to wait a long time for any doses, a disastrous situation for a country being battered by the novel coronavirus, is reliant on a dysfunctional health system that has been beset by corruption for three decades.

On Friday, Prime Minister Denis Shmygal revealed that Ukraine may only receive its first batch in February, noting that the government is talking to every single vaccine manufacturer, apart from those in Russia.

Last week, Ukrainian opposition leader Viktor Medvedchuk called Zelensky’s refusal to cooperate with Moscow “criminal,” accusing Kiev of being “politically motivated on issues where it is necessary to think of the life and health of the Ukrainian people.”

Medvedchuk believes his country should work with Moscow and get the Russian vaccine, announced by President Vladimir Putin on August 11. On December 14, figures released by the Sputnik V team revealed that the inoculation has a 91.4 percent efficacy, based on the results of over 26,000 volunteers. Earlier this month, Putin ordered the start of mass vaccination in Russia.