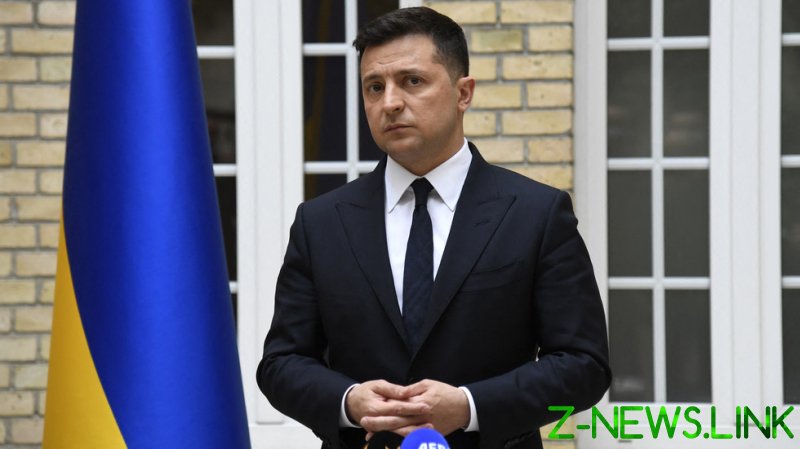 Speaking as part of his traditional ‘Direct Line’ televised question and answer session with the public on Wednesday, Putin said, “I believe Ukrainians and Russians are generally one people… we are a single whole.” He went on to say that the deterioration in bilateral relations between Moscow and Kiev was regrettable, and criticized a new law being mulled by Ukrainian lawmakers that will deprive historic Russian populations in the country of ‘indigenous peoples’ status, blasting it as “a kind of weapon of mass destruction.”

In a fiery rebuke to the Russian president’s words on Thursday, Zelensky said he wanted to “finally dot the i’s” when it comes to the question of the shared history between Ukrainians and Russians. “We are definitely not one people,” he said, adding only that “we have a lot in common,” including a shared history.

However, on Friday, Russian Foreign Ministry spokeswoman Maria Zakharova issued a statement in which she drew attention to an interview the Ukrainian leader had with a local newspaper from the Donetsk region in April 2014, one month after the reabsorption of Crimea by Russia was finalized. “In that interview… Zelensky set out his belief that Ukrainians and Russians are the same people,” Zakharova said.

In the article, published by the Donetsk Municipal Gazette, Zelensky said that, despite political tensions, “we cannot in principle be against the Russian people, because we are one people.” The Ukrainian leader rose to prominence as a TV comedian, before starting his political career and declaring his candidacy for his country’s top job in 2018.

During the Direct Line session, Putin played down the prospects of meeting with the Ukrainian president later this year, following a request for a summit from Kiev. “Why should I meet Zelensky?” Putin asked. “If he has given up his country to full external control, the key issues about life in Ukraine are resolved not in Kiev but in Washington, and, to some extent, in Berlin and Paris. What then would we talk about?”

The Russian president has previously said he would be open to hosting Zelensky in Moscow to work on repairing bilateral relations. However, he added, Russia would not discuss the war-torn Donbass region without the participation of the leaders of the two self-proclaimed breakaway People’s Republics of Donetsk and Lugansk, whose forces have been fighting Kiev’s own troops.