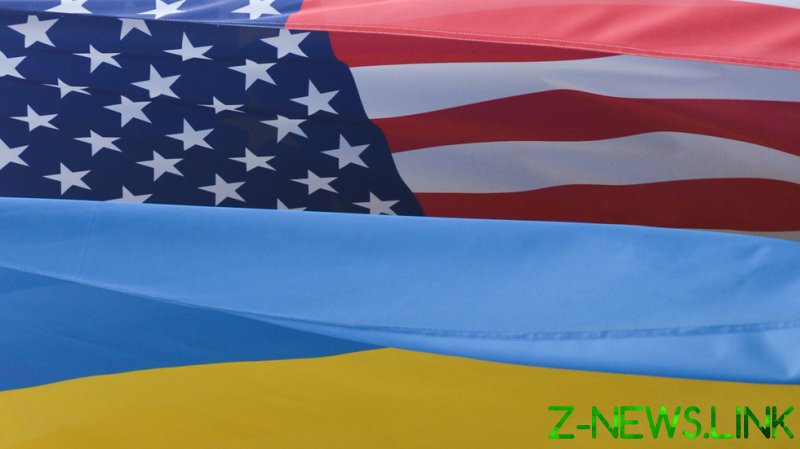 Ukrainian lobbyists contacted US congressional offices, think tanks, and media figures over 10,000 times last year, according to an analysis of Foreign Agents Registration Act (FARA) filings reported by the Quincy Institute for Responsible Statecraft on Friday.

The Quincy report pointed to the “extraordinary” scale of Ukranian’s lobbying campaign, noting that the lobbying effort of Saudi Arabia – known as one of the largest foreign lobbies in Washington DC – pales in comparison.

According to the report, most of Kiev’s persuasive efforts focused on the members of Congress, who were deluged with over 8,000 contacts – emails, phone calls, and meetings – in an effort to convince them of the need to block the Nord Stream 2 pipeline, among other issues. The Ukrainian Federation of Employers of the Oil and Gas Industry (UFEOGI), the country’s largest energy trade group, would reportedly cite Ukraine’s PM arguing that the pipeline was “no less an existential threat” to Ukraine’s “security and democracy” than “Russian troops on the border.” The pipeline, which is completed but still has to receive the green light from German regulators, would allow Russia to export gas directly to Europe without having to pay Kiev billions for the transfer of the gas.

UFEOGI lobbyists apparently centered their effort on Sen. Ted Cruz (R-Texas), who took just several days to channel the Ukrainian PM on social media. In his own message, Cruz likewise referred to the Russian pipeline as an “existential threat.”

The trade group also sought to reach out to the senators who had previously backed legislation to scupper the completion of the pipeline, including several members of the Foreign Relations Committee with a history of anti-Russian votes. Cruz, Tom Cotton (R-Arkansas), John Barrasso (R-Wyoming), Ron Johnson (R-Wisconsin), and Jeanne Shaheen (D-New Hampshire) were all contacted at least 100 times last year, with some of these contacts resulting in their staffers meeting directly with Ukrainian energy lobbyists, the report claims.

The bill proposed by Cruz would have imposed bans on doing business with US companies for those involved with the Nord Stream 2 project in addition to travel restrictions and asset freezes. It failed to pass, however, having been blocked by Senate Democrats.

A separate legislative proposal, put forth by Sen. Bob Mendendez (D-New Jersey) and dubbed “the mother of all sanctions,” would punish top Russian officials and banks in the event of an invasion of Ukraine. The Quincy report noted that one of Menendez’s former staffers, Brittany Beaulieu, now represents UFEOGI as well as the so-called Civil Movement for a Just Ukraine.

Ukrainian lobbyists also targeted the Heritage Foundation, which has been advocating selling more US weapons to Ukraine and ramping up US financial assistance to Kiev. The lobbyists reached out 180 times to high-ranking figures in the organization, including its VP, throughout 2021, according to the report.

The lobbyists also did not overlook the US media, contacting the Wall Street Journal’s newsroom at least 147 times last year, the report said, citing Quincy’s analysis of the interactions.

Russia has repeatedly denied plans to invade its neighbor, dismissing reports to the contrary as fake news. US media outlets, nevertherless, have attempted to predict the outbreak of hostilities down to the very day, citing anonymous government sources. Numerous US officials have argued that the invasion was looming, with National Security Advisor Jake Sullivan saying on Friday that it could begin “any time.”

On Saturday, however, Ukrainian President Volodymyr Zelensky called on the Americans to share the evidence they supposedly have of Russia’s intentions after having previously warned that reports of an imminent war risk destabilizing his country.