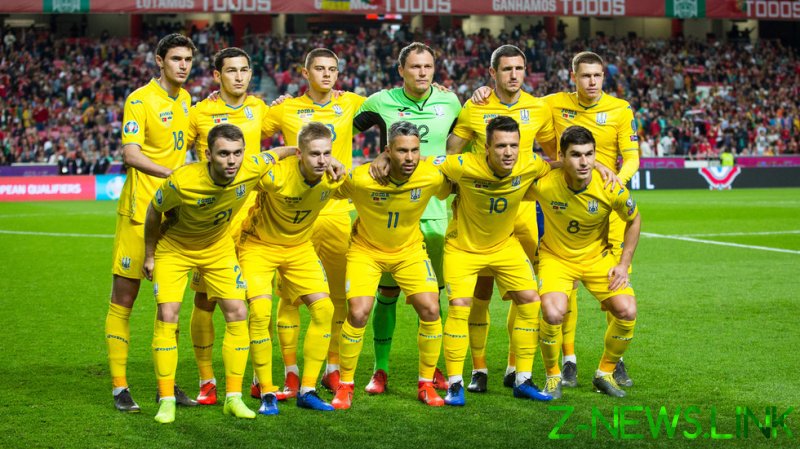 The revelation comes just one day after the country’s Football Association revealed the official football kit for the tournament, featuring a fascist slogan from former Nazi collaborators, angering some Russians.

As part of an initiative by UEFA, football’s governing body in Europe, footballers from each participating country have created a music playlist. Players from Ukraine chose nine tracks, of which five are in English.

However, most controversially, three of the songs, by artists Morgenstern, 10AGE, and DEAD BLONDE, are by Russian singers, and just one is by a Ukrainian.

The Ukrainian tune, by folk band Tin Sontsia, is called Kozak, and served as the unofficial song of the football team during EURO 2016. The group is known for its patriotic songs about Ukrainian mythology and cossacks.

According to sources in Ukrainian media, the playlist initially had 15 tracks. That longer selection of tracks still only had one Ukrainian tune, while more than half featured Russian singers.

The Russian national team’s playlist, which comprises a whopping 45 songs, is mainly in English and includes just nine tunes in the native Russian tongue. However, there is also a cameo from 2000s Moscow girl band t.A.T.u with their English-language hit ‘Not Gonna Get Us,’ as well as some Russia-themed tracks like ‘Rasputin’ by Boney M.

On Monday, the Ukrainian national team made worldwide headlines when it was revealed that its 2020 jersey would feature the rallying cry of Nazi collaborators who played a significant role in the Holocaust. The shirt is emblazoned with the words ‘glory to Ukraine’ and ‘glory to heroes,’ a pair of slogans which are linked to the Organization of Ukrainian Nationalists (OUN) and the Ukrainian Insurgent Army (UPA), two paramilitary groups that fought alongside the Nazis during WWII.