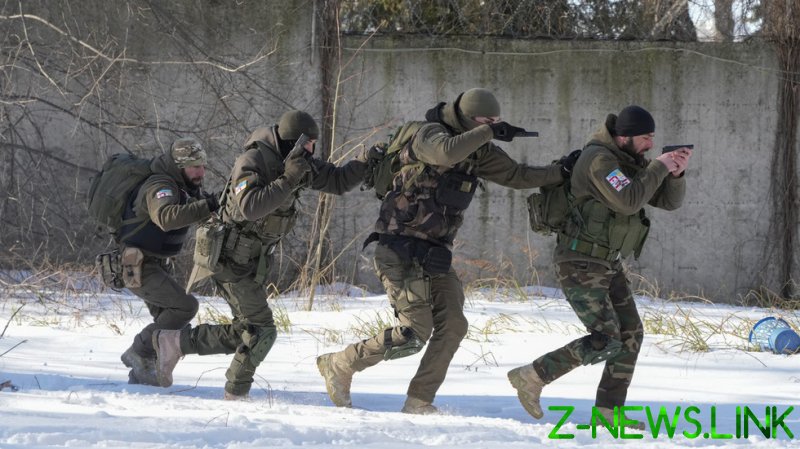 Ukraine’s ‘International Legion’ no longer wants foreign recruits to fight Russia, a spokesman told Canada’s National Post on Friday. Despite Kiev once welcoming Western recruits with open arms, he has now revealed that supplies are low, and inexperienced volunteers aren’t ready for combat. Volunteers who’ve already made the journey have told horror stories of being sent to the front lines unarmed and untrained. Following the Russian offensive, videos emerged online of people claiming they joined the fight against Moscow’s forces, but were given no ammo or weapons by the Ukrainian side.

Within days of Russia’s military assault on Ukraine, the government in Kiev promised visa-free entry for foreigners willing to take up arms against Moscow’s forces. Potential recruits visited Ukrainian embassies across the west and signed up to fight – often with the blessing of their own governments – and made their way to the battlefield.

However, the Ukrainian military was soon forced to be more selective about who could join its ‘International Legion’. Recruitment was narrowed last month to those with “live combat experience,” and a ‘legion’ spokesman told the National Post on Friday that enlistment had been paused entirely.

“There are multiple reasons (for halting recruiting) with one of them being the lack of firearms,” the spokesman said. Borys Wrzesnewskyj, a former MP from Canada who had been helping the ‘legion’ screen applicants, told the newspaper that inexperienced recruits were of no use on the front lines. 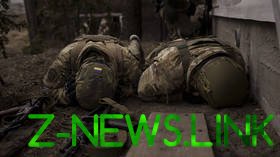 “Some people assumed they would arrive, they would get quick training, be given a gun and head off to the front,” he said. “There are all sorts of consequences if untrained people head in.”

“The Ukrainian military guys I’ve talked to don’t want to sacrifice young Canadians or young Brits for dramatic effect,” Lubomyr Luciuk, a Royal Military College (RMC) professor, added. “Very quickly it becomes obvious that some of these well-intentioned volunteers are not ready.”

The ‘International Legion’s website is still soliciting recruits, explaining the step-by-step process for anyone interested. On Reddit’s ‘VolunteersForUkraine’ forum, potential recruits and those already in Ukraine swap advice, encouragement, and sometimes horror stories.

One poster who allegedly survived a Russian missile strike on a training center for foreign recruits last month described how his commanding officers were “sending untrained guys to the front with little ammo and s**t AKs and they’re getting killed.” The Reddit user said that he fled to Poland after the attack with a number of foreign veterans, as “the legion is totally outgunned as has a few crazy Ukrainian leaders. After the attack one officer wanted to march everyone to Kyiv and fight. Absolute insanity. Stay home.” Other posters have told similar stories, involving unprepared recruits receiving several days’ training before being sent to the front with inadequate equipment.

After the strike on the training center, Russian Defense Ministry spokesman Igor Konashenkov said that the destruction of foreign mercenaries arriving in Ukraine “would continue.”

“All locations of foreign mercenaries in Ukraine are known to us,” Konashenkov said in a statement. “I want to warn you again – there will be no mercy for the mercenaries, no matter where they are on the territory of Ukraine.”

Despite the ‘legion’ pausing recruitment, its spokesman told the National Post that Ukraine’s parliament was meeting on Friday to discuss the future role of foreign volunteers in the conflict.