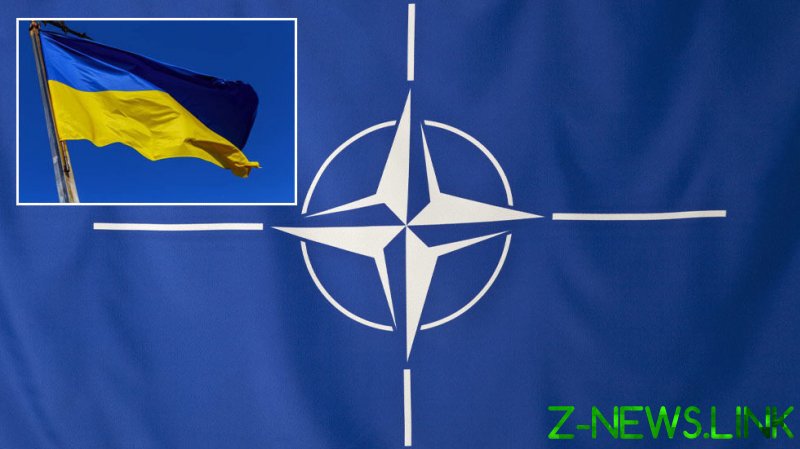 Presidential spokesman Dmitry Peskov claimed on Thursday that Washington is encouraging Kiev to continue its attempts to join both the Cold War-era analogue to the long-disbanded Warsaw Pact and the European Union – measures which he said would put the two Western organizations directly on Kiev’s long border with Russia.

“This is potentially very dangerous for us because NATO will thus continue to move its military infrastructure closer towards our borders,” Peskov said.

He also expressed his opinion that Kiev and Washington are only friends because they have a common enemy in Russia and are not friends “for themselves.”

Joining NATO was a stated goal of Ukrainian President Volodymyr Zelensky when he was elected leader in 2019, and he has repeatedly begged to be allowed into the alliance. The idea has been less popular with members of the bloc, however, and there appears to be no sign of Kiev being admitted any time soon. Last month, Estonian President Kersti Kaljulaid said that it would take “about 20 years” for Ukraine to get to the correct state of readiness to meet the criteria for membership.

However, earlier this week, during a trip to the US, Zelensky was told by Washington officials that America would support Kiev’s NATO ambitions. At a press conference, US Secretary of Defense Lloyd Austin announced a new “strategic defense partnership” which would promote “defense industry reforms in support of Ukraine’s NATO membership aspirations.”

Last month, Zelensky told The Washington Post that the reluctance of many members of NATO to admit Ukraine sends a message to other nations aspiring to join the military bloc that they can’t be part of the club.

“[It is] a signal to other countries that you guys are not welcome here, and Russia is just around the corner, increasing its clout,” Zelensky told the American daily.

Earlier, in July, French Ambassador to Ukraine Etienne de Poncins noted that the country must follow the roadmap provided for it by NATO if it wishes to officially be put on a Membership Action Plan (MAP).

“At the moment, there is no consensus among the members to grant MAP to Ukraine,” he explained. “It’s not a question of France or other countries. It’s just a matter of consensus.”

“Let’s do our homework and not open up a perspective that is not yet realistic,” he concluded.