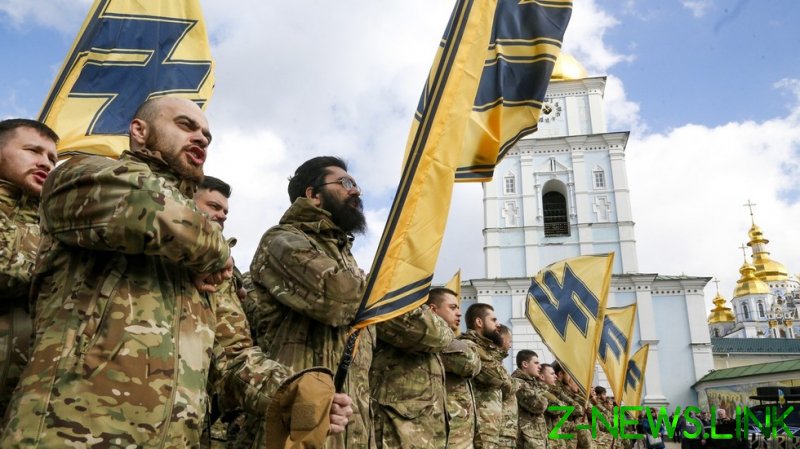 The infamous Azov nationalist regiment, which is being revived by Ukraine after it surrendered to Russian forces in Mariupol, has removed the Nazi-linked Wolfsangel symbol from its insignia, The Times reported on Monday.

According to the British paper, the unit’s new recruits in the city of Kharkov were sporting patches with a golden trident, which is Ukraine’s national emblem, thereby replacing the Wolfsangel or ‘wolf’s hook’ which had been used by the Azov Battalion since its formation eight years ago.

However, the commander of the new unit, Maksim Zhorin, told that paper that it was formed “on the same principles and ideological basis as the legendary Azov regiment.”

The Wolfsangel is a historic heraldic symbol that was chosen by the Nazis during World War II and appeared on the insignia of several SS divisions.

The Times said that the presence of the Wolfsangel on the uniforms of the Azov fighters had “helped perpetuate Russian propaganda about Ukraine being in the grip of far-right nationalism.”

However, before the launch of the Russian military operation in Ukraine, the use of Nazi symbolism by the unit had been raising concerns in the Western media, including outlets such as Time magazine and the New York Times.

The Azov Battalion was assembled in 2014 as a volunteer unit that was mainly comprised of far-right activists willing to fight against the self-proclaimed republics in the Donbass region. Several months later, it was officially incorporated into Ukraine’s National Guard by order of then president Petro Poroshenko.

When the Russian offensive started, the Azov Battalion, which had received Western training, was considered one of the most capable formations under Kiev’s command. 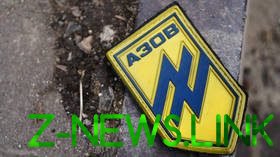 The nationalist fighters were tasked with protecting Mariupol, a strategic port on the Sea of Azov, but failed to fulfill the task. Many of them were killed, while the rest, including the commanders, surrendered to Russian forces earlier in May after being holed up at the Azovstal steel plant for weeks.

During the siege, Moscow blamed the Azov unit for allegedly keeping civilians hostage in the plant and using them as human shields.

Footage of the surrendering combatants coming out of the plant showed many of them sporting tattoos of swastikas and other far-right symbols. Nazi-related items and literature have also been discovered inside the steel plant and at Azov bases in the Donbass that have been captured by Russia.

Russia’s Investigative Committee has launched a criminal case against the unit’s fighters over abductions, torture, and the use of prohibited means and methods of warfare, among other things.

The Russian High Court is scheduled to rule on the lawsuit calling to designate the Azov Battalion a terrorist organization and outlaw it in late June.

The “denazification” of Ukraine has been highlighted as one of the goals of Moscow’s military operation in Ukraine. 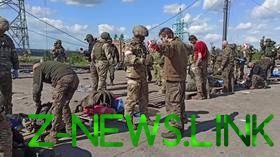 Russia attacked the neighboring country in late February, following Kiev’s failure to implement the terms of the Minsk agreements, first signed in 2014, and Moscow’s eventual recognition of the Donbass republics of Donetsk and Lugansk. The German- and French-brokered Minsk Protocol was designed to give the breakaway regions special status within the Ukrainian state.