Ukraine will supply to Turkey missiles 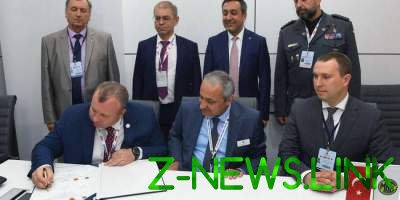 About it reports a press-service of the enterprise.

The contract has been written with the Turkish state Corporation Makina ve Kimya Endüstrisi Kurumu in the framework of the International defence exhibition ИDEF2019 in Istanbul.

“During the first phase of the contract provides for the supply of 120-mm guided missile Cone and devices guidance for their integration into the Turkish main battle tanks. Subsequently, a partial technology transfer of the Ukrainian missiles will be produced at MKEK facilities”, – explained in the Fully.

Advantage of cooperation with MKEK call the ability to deliver precision weapons not only the Turkish Armed Forces, but also to increase the presence of Ukrainian products in other markets, particularly in the middle East.