Ukraine will receive from the Lithuanian weapons almost 2 million euros 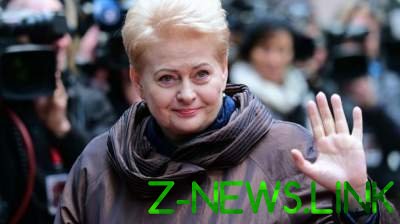 Lithuania is going to send Ukraine weapons, the cost of which is 1.93 million euros. This is stated in the draft decree of the government of Lithuania prepared by the Ministry of defence of the Baltic Republic and published on page e-Parliament.

“The government of Lithuania adopted a decision to convey a gratuitous right of ownership of the Ministry of defense of Ukraine financial assets with a value of 1, 931 million euros on October 1, 2017”, – the document says.

In applications of the Ordinance provides that will be supplied to Ukraine more than 7 thousand Kalashnikovs, almost 2 million rounds of ammunition, more than 80 machine guns, several mortars, anti-tank weapons and other military equipment.

The government notes that the cost of the purchase of arms for Lithuania amounted to more than 3 million euros. For the first time Lithuania gave Ukraine the weapons in 2014.

Until the fourth of December 2017 this project-resolution of the government of the Republic is considered by the Ministry of Finance and Ministry of foreign Affairs of Lithuania.