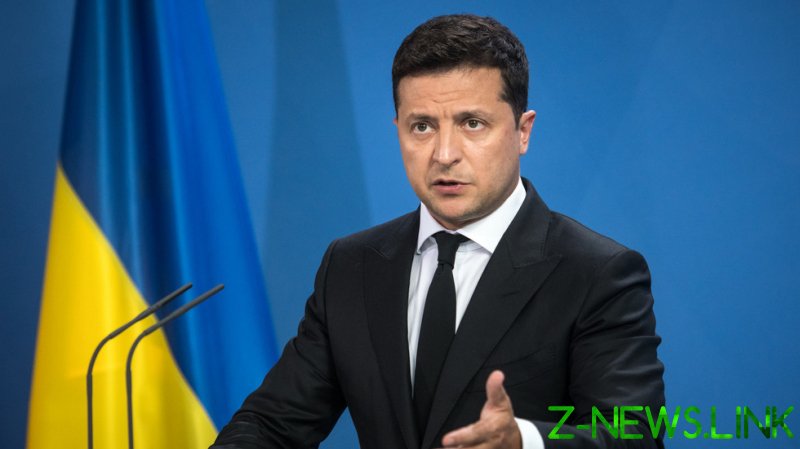 Ukrainian President Volodymyr Zelensky has sounded the alarm, saying that Russia could claim that it needs to protect its citizens in the war-torn Donbass as an excuse for military action beyond its borders.

Zelensky’s office published the claim on its website on Tuesday, after a meeting between the Ukrainian leader and a group of American senators. The US lawmakers’ visit was intended to reaffirm Washington’s commitment to Kiev as leaders from both countries have warned that they fear an imminent Russian invasion of its neighbor, an allegation that the Kremlin has repeatedly denied.

“The head of state brought attention to the fact that Russia continues to carry on an active campaign of granting passports to the population of our temporarily occupied territories, in an attempt to create a pretext for escalation under the guise of ‘protecting Russian citizens,’” the statement on the website read. 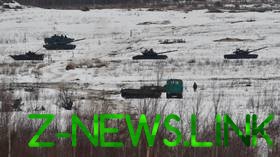 Last year, Zelensky warned that Russia was granting passports to people in the Donbass, a region in eastern Ukraine where separatists established breakaway republics in 2014 and are fighting an ongoing civil war with Ukrainian forces. Kiev has accused Moscow of supporting the rebels, which the Kremlin denies, and the president claimed that the “passportization” of the Donbass population was the first step in a Russian plan to annex the region.

Ukrainian authorities announced in December that they would not accept Russian passports granted to people living in the Donbass or in Crimea, which is controlled by Russia but which Ukraine considers “temporarily occupied.” Residents of those territories are officially Ukrainian citizens according to Kiev, and those who receive Russian passports are liable to be sanctioned.

The Donbass region, located in eastern Ukraine on the border with Russia, is home to a large proportion of ethnic Russians and Russian-speakers, minority groups in Ukraine. In 2014, following street protests that overthrew the national government, two self-declared “people’s republics” in Donetsk and Lugansk announced that they would no longer be governed by Kiev and declared themselves autonomous.

The breakaway territories have maintained close relations with Moscow, but Russia does not recognize them as sovereign nations, nor does any other country. The Kremlin has urged Ukrainian leaders to work with the separatists to resolve the situation.