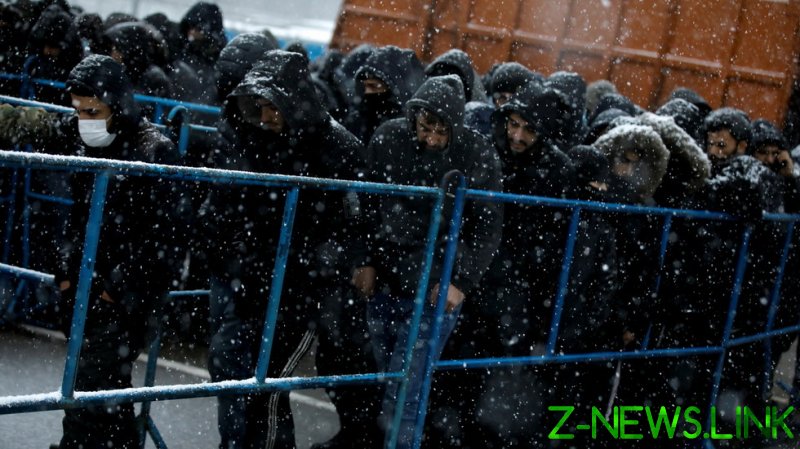 There was “real uncertainty” about whether Europe understood the impact a large-scale Russian incursion into Ukraine would have on the whole continent, Oleksii Reznikov, who took charge of the Defense Ministry in November, wrote in a piece last week for NATO lobby think-tank the Atlantic Council.

Reznikov dedicated his piece to explaining to those in Brussels the potentially “disastrous consequences” of any conflict – one Russia has repeatedly said it has no intention of starting.

The crisis would also endanger Europe’s food security, as imports of grain and other essential products from Russia and Ukraine would come to a halt due to the fighting, he pointed out.

According to the minister, the Russian invasion would “mark a definitive end to the rules-based international order,” paving the way for “a new era of global insecurity” that could undermine decades of peace in Europe.

In order to avoid such a scenario, “Western leaders must demonstrate their resolve to resist Russian pressure, while strengthening Ukraine,” he insisted. “For our part, we are committed to defending Europe,” Reznikov wrote, acknowledging Russia’s overwhelming military might.

Kiev and its backers in Washington have been speculating about the possibility of a Russian “invasion” of Ukraine since last month. On Saturday, an unnamed US government official told the Washington Post that, according to intelligence assessments, Moscow’s military operation may be launched early in the new year and involve as many as 175,000 troops.

Russia has rejected those claims as groundless attempts to instill “hysteria,” and affirmed that it has no plans to attack any nation. It blamed the NATO buildup in Eastern Europe for “encouraging” Kiev to rely on the use of force instead of looking for a solution through negotiations.

US President Joe Biden said Ukraine would be one of the key topics on the agenda of his virtual meeting with his Russian counterpart, Vladimir Putin, on Tuesday.