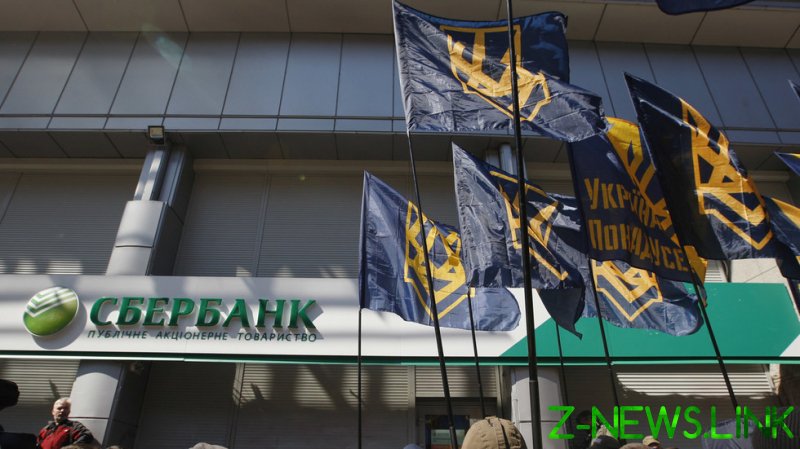 Kiev authorities will forcibly seize the assets of major Russian banks in the country, Sberbank and VEB, media report citing a decision published on the website of the Supreme Council of Ukraine on Thursday.

According to the decision of the National Security and Defense Council of Ukraine from May 11, approved on the same day by a decree of the President of Ukraine, Kiev will withdraw 99.8% of the shares of Prominvestbank (PIB) owned by Russia’s state corporation VEB.RF, and 100% of the shares of the International Reserve Bank (MR Bank), owned by Sberbank of Russia.

Financial assets will also be withdrawn in the form of rights to claim debt of VEB.RF to Prominvestbank for 0.93 billion Ukrainian hryvnia (some $30 million) and Sberbank of Russia to MR Bank for 14.9 billion hryvnia ($491 million).

In addition, other financial assets of these subsidiaries of Russian banks are to be withdrawn, with the exception of 3 billion hryvnia ($98 million) of MR Bank assets, which will be used to satisfy the requirements of its creditors.

On February 25, a day after Russia launched a military offensive in Ukraine, the National Bank of Ukraine revoked licenses from the two subsidiaries of Russian banks under state control. On April 8, the regulator announced that it proposed to nationalize the assets of the banks, while the head of the NBU, Kirill Shevchenko, later said that about 26 billion hryvnia (around $857 million) from the banks’ assets could be directed to the country’s state income as cash, domestic government bonds and certificates of deposit.