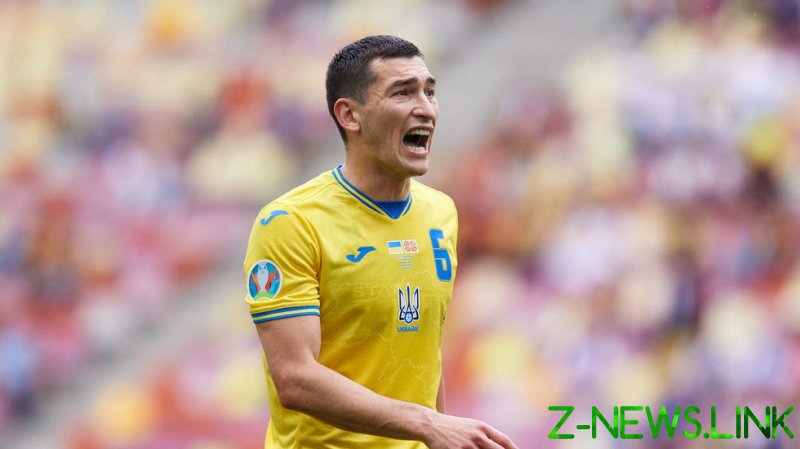 Ukraine star Taras Stepanenko has called on FIFA to postpone his country’s Qatar 2022 World Cup play-off semi-final against Scotland again in addition to a potential final meeting with Wales.

The semi-final has already been pushed back to June in response to Russia’s military operation in Ukraine, with Wales advancing to the final by beating the Czech Republic 2-0 on March 24.

With the official draw for the competition taking place in Doha on Friday, the winner of Ukraine or Scotland versus Wales has already been drawn against England, Iran and the United States in Group B for the tournament that starts on November 21.

But as the Ukrainian Premier League has been suspended since February 24, however, 69-cap international Stepanenko, who plays for Shakhtar Donetsk, said that he and his teammates are lacking match fitness which therefore pushed him to suggest that the semi-final and final should be further postponed.

“We don’t want to be known as victims here. We are strong and capable guys, everyone is fine and we can play 100 per cent,” Stepanenko insisted to The Sunday Times.

“But the question I would ask is how can we play such an important game when you haven’t played a match for such a long time?”

“Every football player knows that if you recover from an injury for a long time, no matter how much you work out in the gym and do running, you go out to play football and everything is different,” Stepanenko continued.

“The level and strength may not be enough with one match, but we will be asked to play two incredibly tough matches in maybe four days to get to the World Cup. If there is no option then we must play.”

“But I think it would be extremely difficult to achieve two positive results. We are hoping FIFA and UEFA recognize this and postpone the matches to give us more time to prepare,” Stepanenko concluded.

Scotland might not oppose another postponement after their FA’s president Rod Petrie vowed they would support Ukraine “as best we can”.

“Football is inconsequential amid conflict,” Petrie stressed. “But we have conveyed the strong sense of solidarity communicated to us by Scotland fans and citizens in recent days.”

“[We] have offered to support our Ukrainian colleagues’ preparations as best we can in these unimaginably difficult circumstances,” Petrie claimed, with two months left to run until the rescheduled meeting with Ukraine if there another postponement isn’t granted.