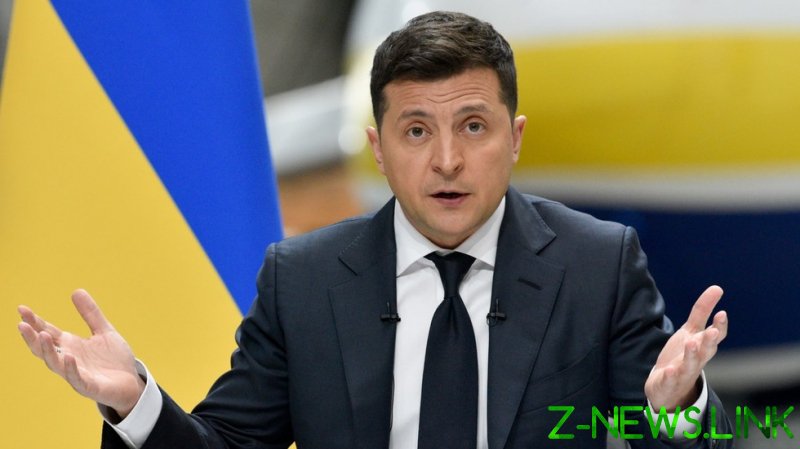 Strana.ua, one of the country’s best-known mainstream news sites, was unavailable on Friday after officials included both its parent company and its editor, Igor Guzhva, in a new tranche of restrictions. Network service providers began blocking access to its domains. However, in a statement posted online, its journalists said that they would continue to work, having relocated their content to a new web address, and slammed the decision to hit “the largest opposition publication in Ukraine with sanctions.”

The Russian-language outlet has been strongly critical of the increasingly authoritarian nature of pro-Western President Volodymyr Zelensky’s administration in Kiev.

Defending the decision, Ukraine’s National Security and Defense Council secretary, Alexey Danilov, said the move was based on “documents” held by the country’s SBU security agency, the successor to the Soviet KGB. However, he refused to disclose the basis of the allegations, saying only that Guzhva, who fled to Austria in 2018 and was later granted asylum there, and organizations linked to him were being targeted because “they are engaged in illegal activities on the territory of our country.”

Also facing new restrictions are a number of Russian citizens, judges and officials, and even a member of the Ukrainian national parliament, independent MP Andrey Derkach. Danilov said the “fairly large” list of those subject to the sanctions included “representatives who are in the occupied territory of Crimea [and] the magistrates who illegally judge the citizens of Ukraine. These are the generals and intelligence services of the Russian Federation, these are the media that are registered in Crimea and in the temporarily occupied Donetsk and Luhansk regions.”

In February, Zelensky issued a decree sanctioning a total of eight news groups producing Russian-language content from Ukraine. The groups’ TV channels and websites were taken offline as part of the decision. Mikhail Podolyak, an advisor to Zelensky, denied that the move was a worrying sign for free speech in Ukraine, saying that “it’s just about effectively countering fakes and foreign propaganda.” Without action, he argued, the opposition media would “kill our values.”

The US Embassy in Kiev backed the restrictions on the press, saying that America “supports efforts to counter Russia’s malign influence.” It described the shuttering of broadcasters as being “in line with [Ukrainian law], in defense of its sovereignty and territorial integrity.”

“We must all work together to prevent disinformation from being deployed as a weapon in an info war against sovereign states,” the envoys concluded.

However, in June, a damning report from the UN’s High Commissioner for Human Rights slammed Zelensky’s government for what it characterized as a series of repressive measures. “This decision is contrary to international human rights standards, as it lacks justification of its necessity and proportionality, and was not taken by an independent authority,” the rights watchdog said.

Viktor Medvedchuk, the leader of the largest non-government party in the Ukrainian parliament, Opposition Platform – for Life, told RT in February that the campaign against opposition groups and politicians was an effort to shore up Zelensky’s support against a backdrop of falling popularity. “Political repression, the establishment of a dictatorship, the closure of channels, the policy of discrimination against the Russian language, the policy of Russophobia and the policy of usurping power are the result of him struggling to maintain and increase his authority and his ratings,” Medvedchuk said. The opposition leader has since been charged with high treason and is awaiting trial. Prosecutors are yet to set out the evidence against him.