Home / WORLD / Ukraine should change name to ‘Rus-Ukraine’ in order to take ‘brand’ of ‘Russians’ away from Moscow, suggests top Zelensky advisor

Ukraine should change name to ‘Rus-Ukraine’ in order to take ‘brand’ of ‘Russians’ away from Moscow, suggests top Zelensky advisor 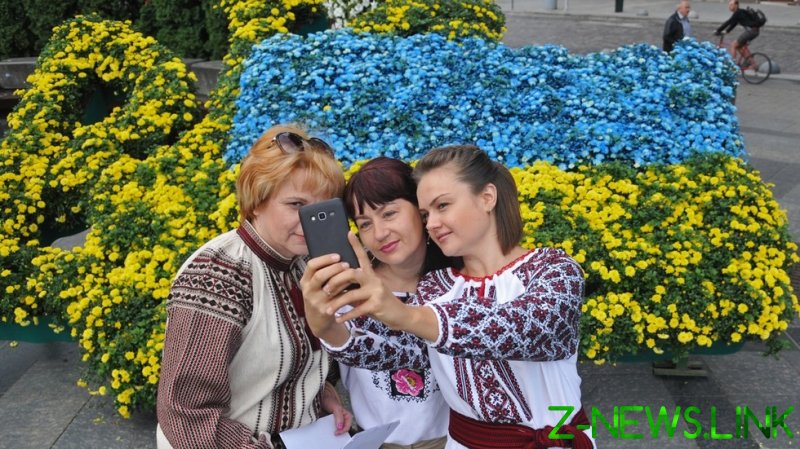 Speaking to a journalist on YouTube, Alexey Arestovich, who works as the spokesman for Kiev’s delegation to the contact group on Donbass, claimed that Ukrainians are actually the real Russians.

The word Rus goes back to the Kievan Rus, a former East Slavic Monarchy that is considered to be the progenitor of the modern states of Russia, Ukraine and Belarus. This federation of various peoples had its capital in Kiev until it disintegrated in the 13th century.

“We need to take the brand ‘Russians’ away from them. We could ensure that our war is correctly called the ‘Russian-Russian’ War,” Arestovich said. “I would call us Rus-Ukraine. I would make a double name. We are working toward that.”

Relations between Moscow and Kiev have deteriorated since the 2014 Maidan events, which eventually led to the conflict in Donbass in the east of Ukraine when the self-proclaimed republics of Donetsk and Luhansk declared independence. These states are recognized by neither Moscow nor Kiev.

In mid-July, Russian President Vladimir Putin wrote an essay claiming that Russians and Ukrainians are “one people.”

“I am confident that true sovereignty of Ukraine is possible only in partnership with Russia,” Putin wrote. “Together, we have always been and will be many times stronger and more successful. For we are one people.”

In response, Zelensky told Putin that “distant relatives,” like Moscow, should not try to claim the history of Kievan Rus.

“Kievan Rus is the mother of our history. The 24 regions of Ukraine and the Crimea peninsula are her children. And they are her heirs by right,” he said. “Her cousins and very distant relatives don’t need to encroach on her inheritance and try to prove their involvement in history thousands of years ago.”

In August, Ukrainian writer Larysa Nitsoy claimed that the Russian language should be renamed “Muscovite” because this is its “historically correct name.” Russia should also be renamed “Moscovia,” she said.