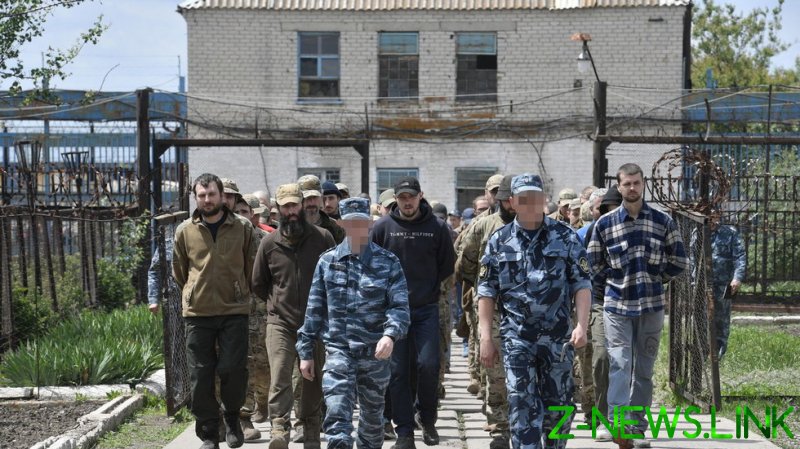 “There was a direct hit at a building with prisoners,” Bezsonov wrote. “The results as of now: 40 killed, 130 wounded.”

The minister added that he believes Kiev used US-supplied HIMARS multiple rocket launchers for the attack.

The facility reportedly housed Ukrainian fighters captured by Russian and allied forces during the siege of the Azovstal steel mill in the city of Mariupol.

The reported shelling took place as Russian and DPR troops attempt to push Ukrainian soldiers out of the republic’s western areas.

The DPR has repeatedly accused Ukraine of using HIMARS to shell Donetsk and other areas. On Sunday, the authorities said Ukrainian troops struck an oil refinery in Donetsk.