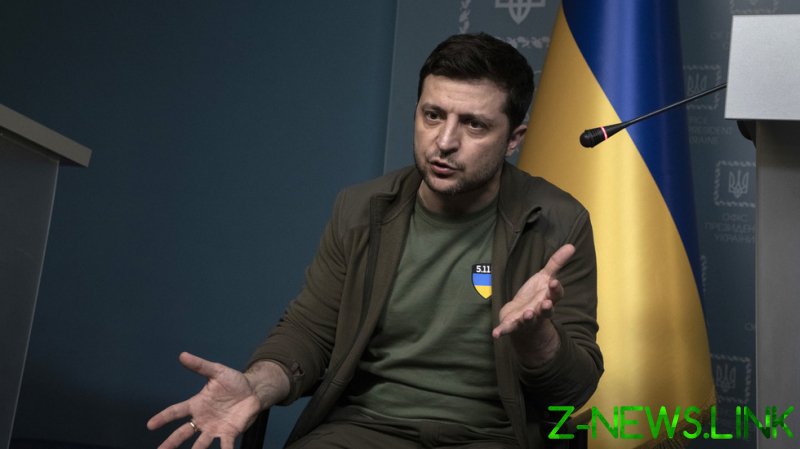 While hinting at progress in talks with Russia, Ukrainian President Volodymyr Zelensky said on Monday that any “historic” compromises his negotiators agreed upon would be subject to approval by the entire country in a referendum.

“I explained to all the negotiating groups: when you talk about all these changes, and they might be historic, we will not go anywhere, we will come to a referendum,” Zelensky told the Ukrainian public broadcaster in an interview.

“The people will have their say and give their answers to some kind of compromises or another. As to what they will be, that is a matter of our conversations between Ukraine and Russia,” the president added.

Zelensky was answering a question about Russia’s demands for security guarantees for the two Donbass republics and for recognition of Crimea – the peninsula that voted to join Russia in 2014, which Kiev and the West continue to consider Ukrainian territory. 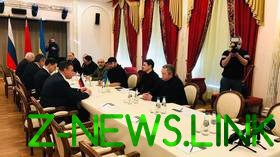 Earlier in the day, Russia rejected Zelensky’s offer of a direct meeting with President Vladimir Putin, saying the talks had made “no significant progress.”

“For us to speak of a meeting between the two presidents, homework has to be done. Talks have to be held and their results agreed upon,” said Kremlin spokesman Dmitry Peskov.

Russia has also rejected calls for a ceasefire, saying such pauses had been used by Kiev to regroup and launch attacks on its troops.

Monday was the first occasion on which Zelensky had raised the idea of a referendum since Moscow sent troops into Ukraine almost a month ago. Back in December, following a call with French President Emmanuel Macron, he said he would “not rule out a referendum” of all Ukrainians regarding the disputed Donbass republics, Crimea, “and maybe, in general, on halting the war” that has been ongoing in the east of the country since 2014.

Moscow attacked its neighbor in late February, following a seven-year standoff over Ukraine’s failure to implement the terms of the Minsk agreements, and Russia’s eventual recognition of the two republics. German- and French-brokered protocols had been designed to regularize the status of those regions within the Ukrainian state.