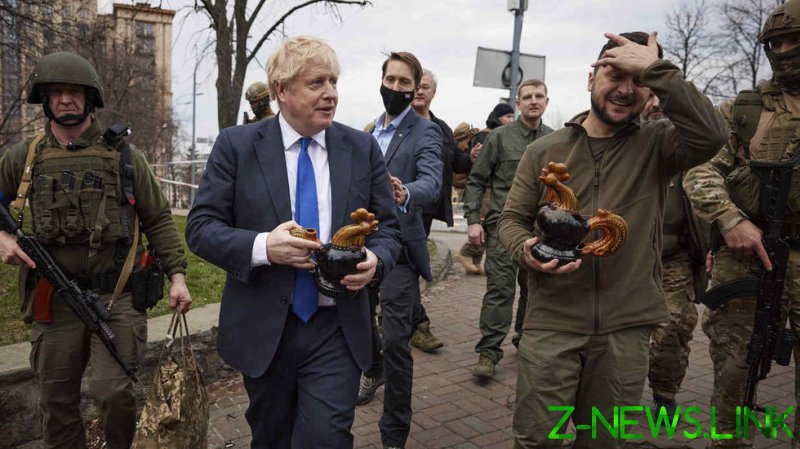 Ukrainian President Volodymyr Zelensky offered a warm farewell to Boris Johnson as the British PM tendered his resignation on Thursday. Johnson’s departure has “saddened” all Ukrainians, Zelensky claimed, as he expressed hope that Kiev and London would remain “friends and strong allies” after his departure.

“Friend Boris Johnson, all Ukrainians were saddened by the news of the resignation of the leader of the Conservative Party. We are sincerely grateful for the decisive and uncompromising help from the first days of the war. Special thanks for your leadership in defending the interests of Ukraine in the international arena,” Zelensky said in a social media post, sharing a photo with Johnson taken during the latter’s recent visit to Kiev. 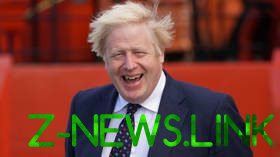 “We have no doubt that the UK’s support will be preserved. We will forever remain true friends and strong allies,” Zelensky added.

Johnson has been one of Kiev’s most ardent supporters since Moscow launched its military operation in Ukraine in late February. While London had already been among Kiev’s top arms suppliers prior to the conflict, it greatly expanded weapons deliveries amid the hostilities, pledging nearly £2.3 billion in military aid to the country. The UK PM also became one of the first Western leaders to visit Kiev back in April.

Johnson, who served as Britain’s prime minister since July 2019, announced his resignation on Thursday as his government fell into complete disarray, with over 50 senior officials, including secretaries and ministers, leaving their posts. The abrupt downfall comes shortly after Johnson managed to survive a no-confidence vote in Parliament last month.