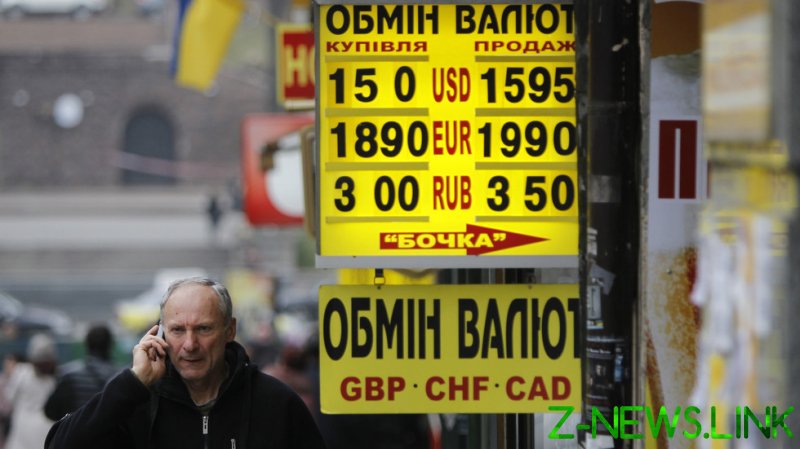 The Ukrainian government requires another $5 billion each month to avoid steep budget cuts, a senior lawmaker has said, appealing for more assistance from foreign countries despite billions in aid already provided by the US and its European allies.

The head of Kiev’s parliamentary Committee on Finance, Tax and Customs Policy, Danylo Hetmantsev, addressed the looming shortfalls in comments to local media on Tuesday, highlighting mounting economic troubles linked to the conflict with Russia.

“We have to borrow $5 billion monthly. If we do not get it, we will have to cut spending,” he said. “We have no potential in the economy to raise taxes. We cannot do without the help of our partners as long as the fighting continues.”

The government collected around $3.4 billion in taxes last month, but spent more than $8.4 billion in the same period, the official added. 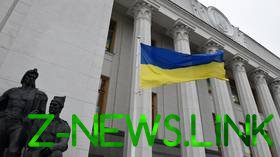 Though Hetmantsev noted that Ukraine had received loans and grants from the US and some backers in Europe – with Finance Ministry data showing that the country was provided more than $5.1 billion in direct economic aid between January and May – he said that amount was not sufficient to cover the growing budget gap.

Late last month, the Group of Seven (G7) nations agreed to send another $19.8 billion in assistance to Kiev, which coincided with a massive $40 billion aid package from Washington, though a sizable portion of the latter was devoted to weapons and other military gear.

The war in Ukraine has taken a major toll on its economy, with the World Bank predicting a staggering 45% contraction in 2022. The fighting has also sent global food prices soaring, with both Ukraine and Russia accounting for around 40% of wheat exports in Eastern Europe, while retaliatory sanctions on Moscow have helped to drive up energy costs around the world.

As head of both the finance committee as well as Kiev’s National Recovery Council, Hetmantsev has faced heated opposition from Ukrainian businesses and the broader public, with thousands signing a petition demanding his resignation in May. An open letter attached to the petition slammed the official for backing recent tax increases, claiming the hikes had discouraged investments in Ukraine.

Hetmantsev declined to leave his positions, however, deeming the criticisms “myths” and insisting the government had taken the right approach.

“I do not want to shock you, but any state wants to collect as many taxes as possible. The question is in the golden mean and balance,” he said, adding that “we have managed to find, are still managing to find, and hopefully will be able to find [this balance] in the future.”

READ MORE: US to give Ukraine another billon dollar weapons boost