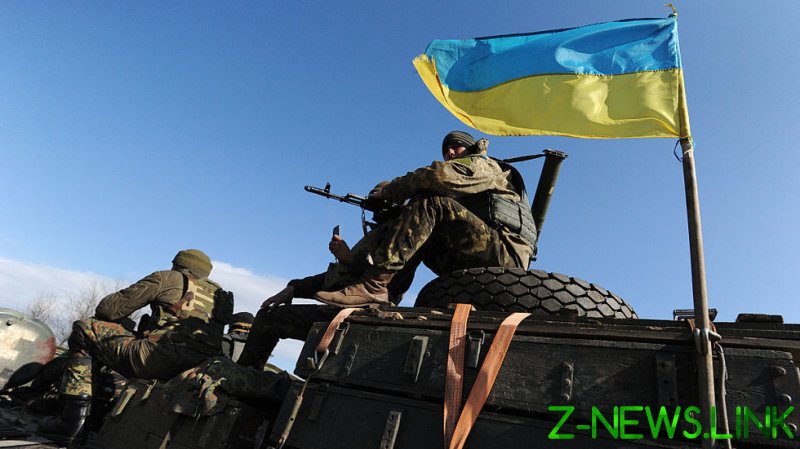 Ukraine has received $1.5 billion in economic aid, as well as guns, ammunition, hardware, and other military assistance from the West in recent months, Kiev’s top diplomat has disclosed, adding that he thinks diplomatic support has helped to forestall potential aggression from Russia.

Foreign Minister Dmitry Kuleba commented on the increase in shipments at a briefing on Monday, saying, “Ukraine has gotten more international political and economic support, as well as security. Over these weeks and months we have received more than $1.5 billion, and more than 1,000 tons of arms and armaments.”

The diplomat went on to say that he believes a spate of visits from foreign politicians have also helped Kiev amid fears that Russia could be planning an invasion of Ukraine, an accusation that Moscow has repeatedly denied. “Intense diplomacy right now is allowing us to keep the situation under control,” Kuleba said. “Kiev has turned into a center of gravity for international diplomacy, and this is also a factor in deterring Russia.” 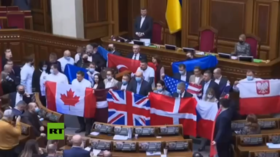 He added that the question of military aid will be discussed with President Emmanuel Macron on Tuesday during a visit to Kiev following the French leader’s meeting with his Russian counterpart, Vladimir Putin, in Moscow. “When there is talk of strengthening Ukraine’s Armed Forces, there cannot be countries with whom we don’t bring this up,” he explained.

Kuleba also reported that he had not given up on receiving military assistance from Germany, despite Berlin’s unwillingness so far to export weapons to Ukraine. “If I had lost hope on this or any other matter, then I surely wouldn’t be doing my job,” the diplomat said.

Western leaders have been warning for months that Russia could be planning an invasion of Ukraine, pointing to reports of a troop buildup on the border of the two nations. Moscow has rejected the accusation and called for security guarantees that would prohibit the expansion of NATO, the US-led military bloc, into Ukraine or Georgia, a deal that American negotiators have said is impossible.

Russia has also claimed that Western military shipments to Ukraine increase the chance that Kiev will take military action against the self-declared breakaway republics in the country’s eastern Donbass region, making a diplomatic solution to the crisis less likely.

In January, US Secretary of Defense Lloyd Austin announced that President Joe Biden had authorized an additional $200 million in military assistance to Ukraine in December, including Javelin anti-tank missiles and “large quantities of artillery.”

Last week, a group of Ukrainian MPs brought the flags of various Western nations, including the US and UK, to the floor of Parliament and thanked their allies for the assistance they had received. They were reprimanded by the presiding officer for speaking English instead of Ukrainian.