Ukraine reveals how badly its defense industry is destroyed 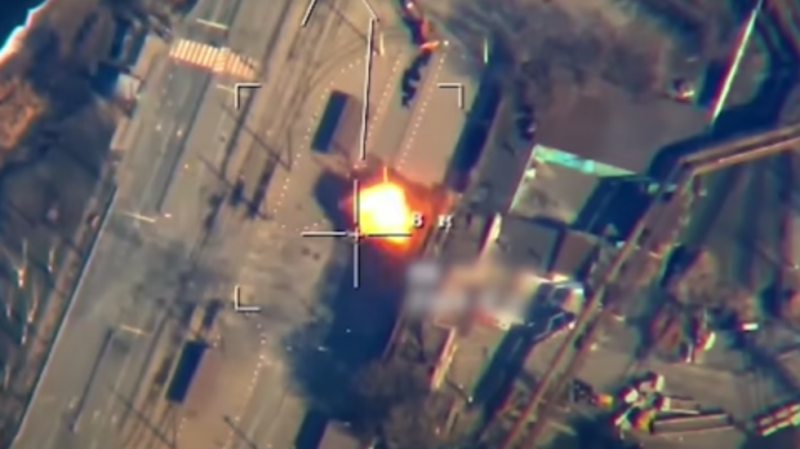 Russian forces have almost completely destroyed the Ukrainian defense industry and are “finishing off” the civilian one, an adviser to Ukrainian President Volodymyr Zelensky, Alexey Arestovich, said.

Commenting on the most recent round of the negotiations between Kiev and Moscow, which took place on Tuesday in Istanbul, Arestovich underlined that any “large-scale military aggression and peace agreement are always compromises between the sides.”

He claimed that Russia’s goal is to reduce Ukraine to a state when “no one would be interested” in it, “like a destroyed territory.”

“This is exactly what they are doing and will keep doing,” he stressed.

Russia insists that it has not targeted the civilian objects and accuses “Ukrainian nationalists” of using civilians as a “human shield.”

In Arestovich’s opinion, the recent round of negotiations has marked “a significant victory” of Ukraine’s diplomacy. The presidential advisor claimed that Kiev did not go for any compromises and, vice versa, improved its position “in all negotiating lines.” He explained that, before the meeting in Istanbul, Ukraine was “a neutral state, without any guarantees, twice deceived.”

“Guarantees are now appearing. Numerous countries – USA, UK, Poland, all permanent members of the UN Security Council, many other countries, China is being considered, Turkey – all these countries gave their consent to give us guarantees. And it’s not 1994, when no one believed in any war in Ukraine, but now, after the war happened and they understand that it may be repeated, and yet they are providing guarantees,” Arestovich said.

However, in apparent contradiction to Arestovich’s claims, the White House Director of Communications Kate Bedingfield, when asked on Wednesday about Washington’s preparedness to serve as a security guarantor for Kiev, said that there was nothing “specific” she could share “at this time,” though the US government was “in constant discussion with the Ukrainians.”

German authorities, meanwhile, confirmed that Ukraine could “100%” rely on their support when it comes to security guarantees. The Foreign Ministry of the country Annalena Baerbock emphasized though that, at this point, the negotiations between Ukraine and Russia had not advanced enough and thus Kiev and Moscow’s understanding of the proposals could be entirely different.

The round of negotiations between Ukraine and Russia in Istanbul on Tuesday was seen by many as a significant step to reaching an agreement.