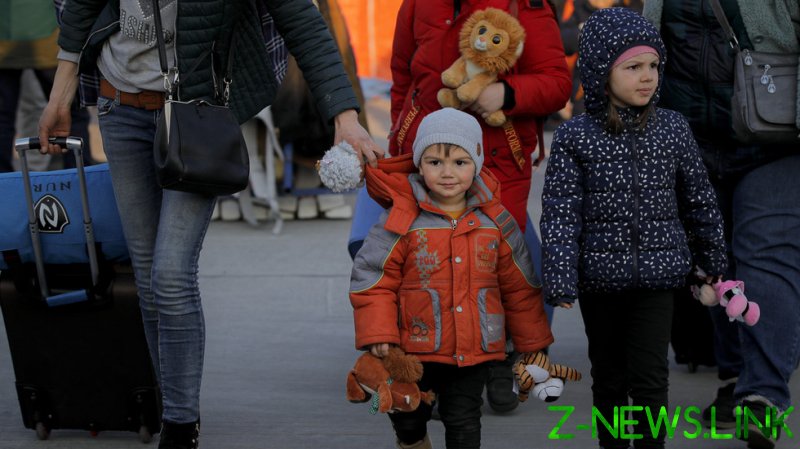 Ukraine has called on the International Committee of the Red Cross (ICRC) not to open an office in the Russian city of Rostov-on-Don, located near its eastern border, so it doesn’t support what Kiev claims is the “abduction” and “forced deportation” of Ukrainians to Russia.

The ICRC, commenting on Kiev’s appeal on Sunday, told Reuters it had no first-hand information about reports of forced evacuations to Russia from Ukraine and did not facilitate any such operations. It said it was planning to open an office in Rostov-on-Don to increase its ability to help those in need.

“Our priority is to reach victims of armed conflict, wherever they are, in order to assist them,” the ICRC said.

The decision to open an office in the city was taken by the charity following the visit to Russia of its president, Peter Maurer, from March 23 to 24.

In an open letter to the ICRC on March 26, the chair of the public health committee of Ukraine’s parliament, Mikhail Radutskiy, said his body “strongly opposes” the opening of the ICRC’s office in Rostov-on-Don.

“The Committee calls on the International Committee of the Red Cross not to legitimize ‘humanitarian corridors’ on the territory of the Russian Federation and not to support the abduction and forced deportation of Ukrainians. We call on you to change your decision on this issue,” the letter reads.

Moscow denies Kiev’s allegations, accusing Ukrainian forces of having obstructed those humanitarian corridors and used civilians as a human shield.

According to Russian Foreign Ministry spokeswoman Maria Zakharova, Kiev has consistently opposed the evacuation of Ukrainians to Russia and “forcibly pushed” refugees to the west.

Nonetheless, despite that opposition, since the launch of Russia’s “special military operation” on February 24, more than 400,000 people have been evacuated from Ukraine to Russia, according to the head of the Russian National Defense Management Center, Mikhail Mizintsev.

Moscow sent its troops into Ukraine in late February, following a seven-year standoff over Kiev’s failure to implement the terms of the Minsk agreements and end the conflict with the breakaway regions of Donetsk and Lugansk. Russia ended up recognizing the two as independent states, at which point they asked for military aid.