Ukraine planned to use IAEA team as ‘human shields’ – Russia 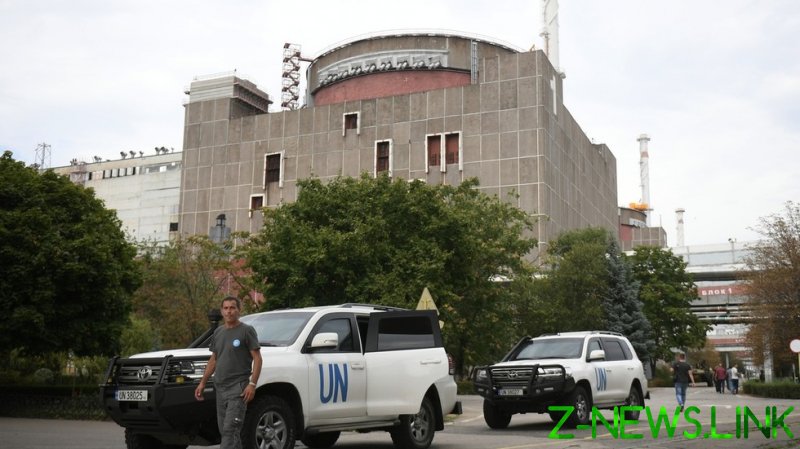 Kiev forces wanted to seize the Zaporozhye Nuclear Power Plant in a daring military raid and use the personnel of the UN nuclear watchdog as “human shields” to maintain control over the facility, the Russian Defense Ministry claimed on Thursday.

The botched raid came shortly before a team of experts with the International Atomic Energy Agency (IAEA) – including the organization’s head, Rafael Grossi – arrived at the plant for an inspection. According to the Russian military, multiple Ukrainian “saboteur groups” crossed the Kakhovka Reservoir in speedboats and barges near the plant early in the morning, but were intercepted and destroyed by Russian troops and National Guard forces.

“Obviously, if the operation of the Kiev regime to seize the station was a success, the head of the IAEA, [Rafael] Grossi, and the experts of the mission would become a ‘human shield’ for Ukrainian saboteurs to prevent any attempts to destroy them by the Russian armed forces,” the Russian MoD said in a statement. 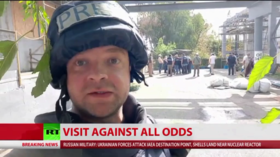 The operation aimed at capturing the nuclear power plant appears to have been “planned in advance by Zelensky’s regime,” the Russian military suggested. Moreover, the delay in Grossi’s visit to the installation, originally planned for August 31, stemmed from the Ukrainians’ need for more time to get ready for that “military provocation,” it alleged.

The ultimate goal of the operation was seizing control of the plant, while the presence of the IAEA team would have allowed the “saboteurs” to not only take cover from any potential Russian actions, but also to cement the new “status quo,” the military said. The success of the operation would have likely been reinforced by a “new wave of loud statements from Washington and European capitals, calling upon Russia to establish a ‘demilitarized zone’ around the nuclear plant, with IAEA observers guarded by Ukrainian troops,” it asserted.

“In this regard, we fully understand the complete silence of all Western sponsors of the Zelensky regime, which de-facto confirms their tacit participation in the preparation of today’s provocation at the Zaporozhye plant,” the military concluded.