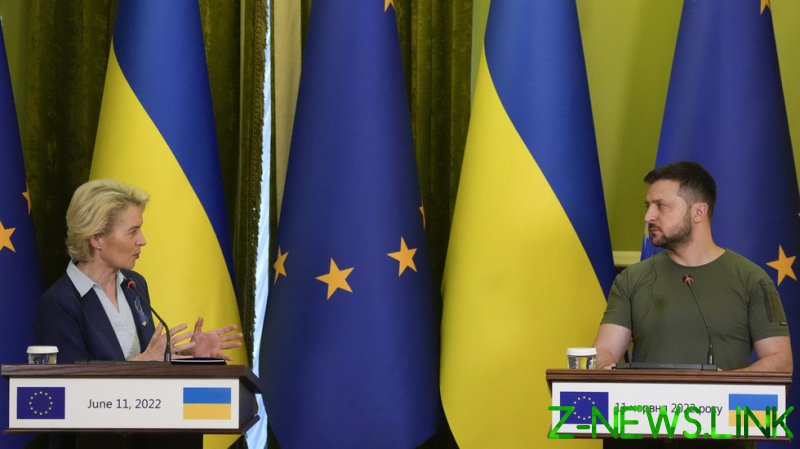 Kiev has advanced on its “European path” but must do more, European Commission President Ursula von der Leyen said on Saturday during a surprise visit to Ukraine.

Ukraine submitted its official application for EU membership on February 28, four days after Russia began its military operation in the country. EU leaders are expected to issue a formal opinion during the bloc’s summit on June 23-24 about whether to grant Kiev candidate status. The unanimous support of all 27 member nations is required for this.

Speaking at a press conference with Ukrainian President Volodymyr Zelensky amid the ongoing Russian military offensive, von der Leyen said the EU is working “day and night” on its assessment of the application and plans to finalize it by the end of next week.

“You have done a lot in strengthening the rule of law but there still need to be reforms implemented. To fight corruption, for example, or to modernize this well-functioning administration, to help attract investors,” she said. 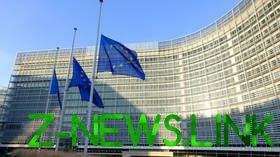 Noting that the war with Russia is the top priority for Ukraine and its supporters right now, von der Leyen said that Kiev and the West also have to plan out “what needs to be done next” in terms of reforms.

“Of course, Ukraine was already on a good track before the horrible and atrocious invasion of Russia,” she said, hailing the “enormous efforts and determination” of Ukraine in its bid to join the bloc.

Von der Leyen added that Ukraine has a “solid” political system, “robust and well-anchored institutions,” and “functioning administration on all levels.” She did not, however, address the crackdown on opposition parties and media launched by Zelensky even before Moscow began the military operation, but which was intensified afterwards.

Zelensky claimed that Ukraine is “only the first stage,” and that Moscow ultimately “wants to destroy European unity.”

Another major topic of the talks was the future reconstruction of Ukraine. According to von der Leyen, there is already “a very clear roadmap.” 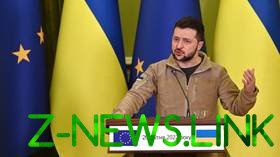 “It is amazing to see there is enormous will outside Ukraine to support the reconstruction, be it the member states, be it other friends and partners of Ukraine but also the international financial institutions,” she said, adding that businesses are also eager to help Ukraine “rise from ashes.”

Earlier, several EU member countries made it clear that the process of accession to the bloc will take a long time. Austrian EU Affairs Minister Karoline Edtstadler predicted that Ukraine would not join the bloc “in the next five to ten years.”

In May, French President Emmanuel Macron suggested that Ukraine could become part of a ‘European political community’ for the time being, noting that Kiev’s accession to the EU could take years, if not decades. Zelensky lashed out at the idea, saying Ukraine would not settle for any substitute to EU candidate status and full membership.