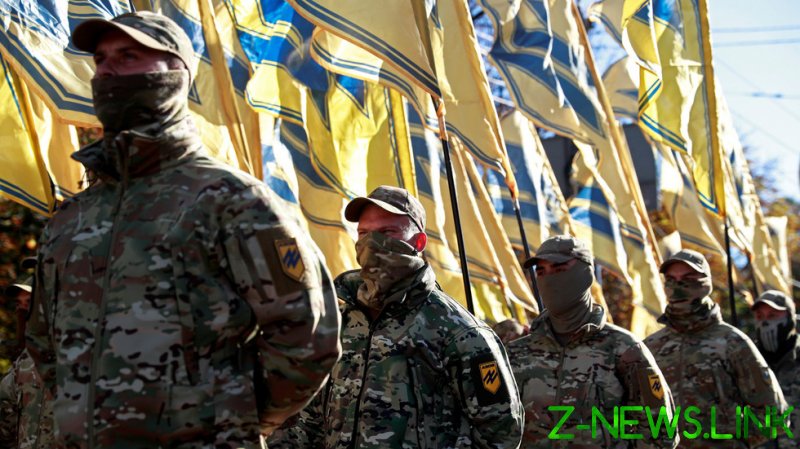 On May 2014, 48 people were killed and more than 250 injured during clashes between members of the notorious radical Right Sector group and the opponents of the Euromaidan coup, which had taken place in Ukraine a few months before that. The majority of the victims were burned alive or suffocated from smoke inhalation at the local House of Trade Unions, where they’d tried to hide from the nationalists. The Right Sector is suspected of having set the building on fire deliberately. However, seven years since the tragedy, Ukrainian investigators still haven’t identified the culprits.

On Saturday, numerous people assembled at the square in front of the House of Trade Unions to lay flowers and commemorate those who died. There was a heavy police presence in the area as well as elsewhere in the city, with additional officers reportedly deployed from the capital, Kiev. 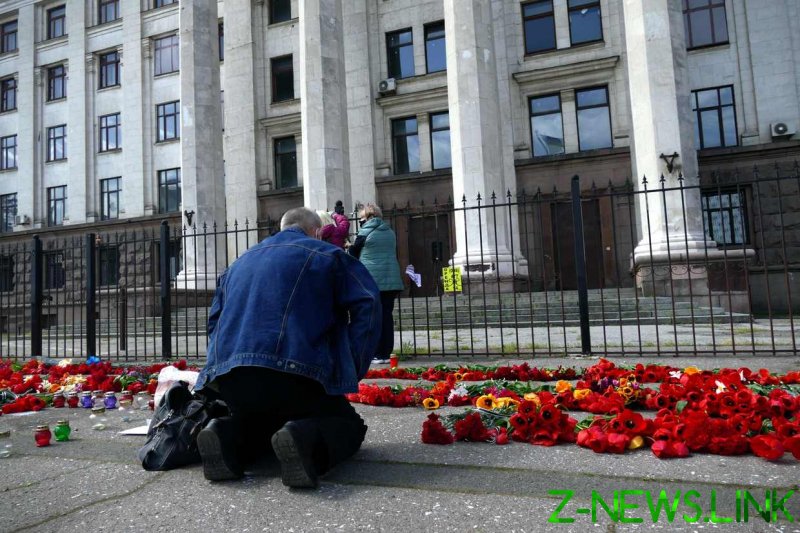 People lay flowers to the House of Trade Unions to commemorate the victims of the 2014 clashes and fire in Odessa. © Sputnik / Igor Maslov

But local nationalists have made it a tradition to organize their marchers on the day. This year’s event attracted around 400 people, according to Ukrainian media.

The participants in the demonstration carried Ukrainian flags and the banners of extremist groups, including the Right Sector. Some in the crowd were sporting military-style uniforms, with others dressed in black and hid their faces behind balaclavas.

Their procession was headed by a black truck, which played nationalist tunes from loudspeakers. The vehicle was decorated with a flag that had a ‘Wolfsangel’ on it – a historic heraldic symbol, which had also been used by the Nazis as an insignia for several SS divisions. During the conflict in eastern Ukraine, it appeared on the banners of the Azov volunteer battalion, which fought on the side of Kiev authorities.